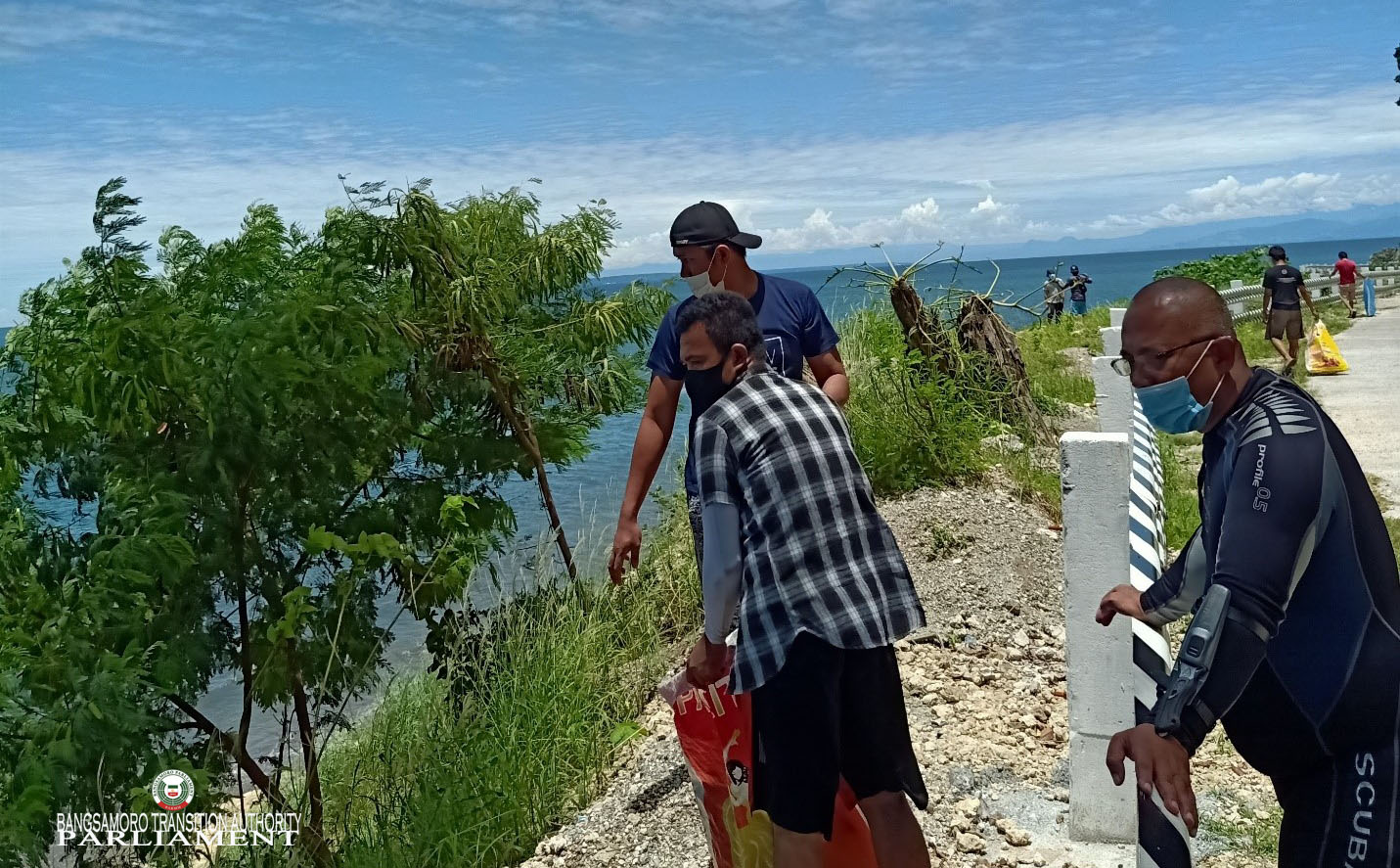 COASTAL PRESERVATION —- Volunteers from the offices of BTA Members of Parliament Abduladzis Esmael and Majority Floor Leader Atty. Lanang Ali, Jr. took part on Saturday, October 03 in a coastal cleanup drive to further contribute to the government’s awareness campaign in keeping our coastal areas clean and protected from any form of abuse. (GALao with photo by Office of MP Abduladzis Esmael)

The MPs took the move in response to Regional Memorandum No. 599, otherwise known as the “Invitation to Participate in the Global Day of Climate Action and International Coastal Cleanup Month”.

“The place is frequently visited by residents coming from Cotabato City and nearby municipalities for its magnificent view overlooking the historical Yllana bay. This is our responsibility, it was kept clean and protected by our ancestors during their time so, we have to do the same for our children,” Esmael said.

Esmael emphasized this act of preserving our environment must be handed down to our future generations.

“Everyone can help in their own little ways. We can start by simply not throwing our waste anywhere but in the proper disposal areas designated by the local government,” he stressed.

Furthermore, Ali said they are taking active participation in this activity together with the youth leaders to inculcate the unselfish act of preserving our environment into their hearts and minds for them to enjoy together with their families in the future.

“We only have one place to spend our life with our families. We have to take serious actions to protect it not only for us but for other families as well,” Ali stressed.

After more than 2 hours of picking up trashes, the two teams gathered around 10 sacks of garbage, mostly plastics and empty plastic container of mineral water.

Youth leader Suharto Esmael, who is the Executive Director of the United Voices for Peace Network (UVPN) encouraged his fellow youths to preserve the environment most especially our coastal areas.

“We have to stop throwing our wastes everywhere. We must take part in this heroic act of saving our planet and we need to act now,” he emphasized. (GALao with reports from the Office of MP Abduladzis Esmael)