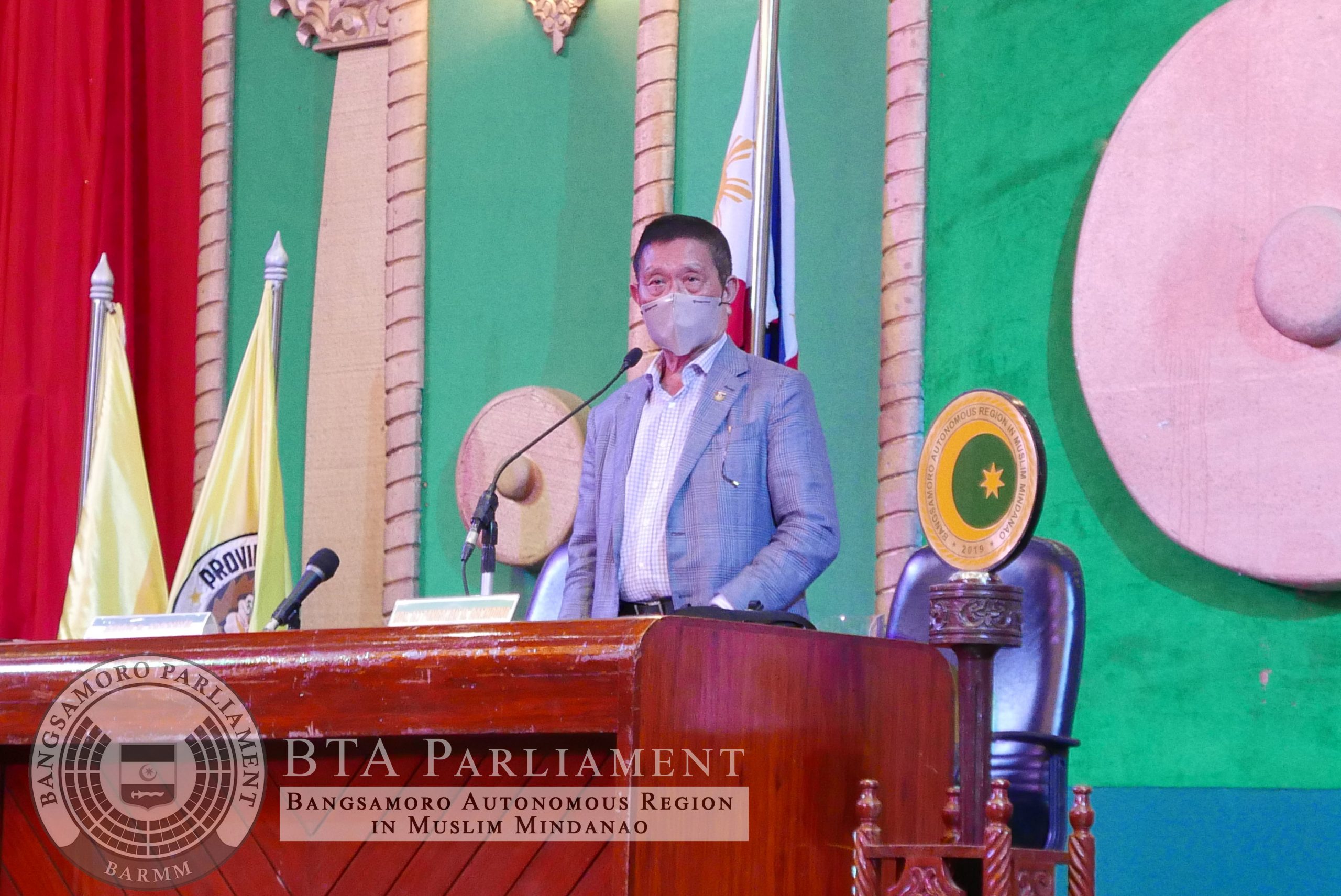 COTABATO CITY — After waiting for some time, the Bangsamoro Transition Authority (BTA) Parliament has finally approved on Wednesday, October 28, 2020 Cabinet Bill No. 60 or the Bangsamoro Administrative Code, in a two-day special session where Parliament members unanimously voted in favor of the passage.

Through nominal voting, 26 members voted physically while 32 voted via Zoom teleconference. All of them voted “yes” and nobody abstained on the approval of the bill.

That day was historic in nature since the Bangsamoro Administrative Code will define the structural, functional, and procedural principles and rules of governance of the Bangsamoro Autonomous Region in Muslim Mindanao (BARMM).

Filing of the Bill

Cabinet Bill No. 60 was filed in the plenary in July 2020, prompting the Parliament’s Committee on Rules to form a panel headed by Deputy Majority Floor Leader Atty. Raissa Jajurie for public consultations. She also headed the technical working group in the Committee on Rules for the said Cabinet Bill.

From August 14-26, the technical working group for the Bangsamoro Administrative Code headed by MP Jajurie held a series of ‘public consultations’.

It was also during this period that they called for “Policy and Position Papers for BTA Cabinet Bill No. 60 (Proposed Bangsamoro Administrative Code) with deadline of submission on August 27, 2020.

Jajurie emphasized earlier that the panel is not a Sub-Committee.

“The panel is mainly tasked to conduct and organize the consultations and submit the issues, concerns, and position papers to the Committee on Rules which is still the Committee, the body that will deliberate on the proposed bill,” Jajurie said.

Yusingco, a Senior Research fellow at the Ateneo School of Governance, suggested stringency in following the parliament system of government, as mandated by the Bangsamoro Organic Law. “As a rule, it should not simply repeat the provisions of the BOL, but it certainly cannot go beyond the spirit and letter of the organic law. The code must exhibit specific mechanisms and principles mandated by the BOL,” Yusingco said.

In addition, he stressed the separation of powers and system of responsible government between the Government of the Day and the Bangsamoro parliament. He then provided examples from different countries that follow the parliamentary structure.

Atty. Randolph Parcasio, the Chief-of-Staff of Member of Parliament (MP) Al-Syed Sali and an instrument in drafting the former Autonomous Region in Muslim Mindanao’s (ARMM) Administrative Code, focused on services in the Bangsamoro Government, including the functions and structure of the different ministries.

“These are necessary for more effective delivery of services,” Parcasio said.

Maricris Valte, former Senior Project Officer at the Development Academy of the Philippines (DAP), stepped on the distinction between the executive and legislative branches of the Bangsamoro Government.

Valte lauded the articulation of the mandates, functions, authorities, and procedures of the governing bodies of the Bangsamoro Government, as stated in the draft code.

“We should treat this code as the core document,” Valte said, while noting the importance of providing more details on government functions, including the framework and mechanisms of the Bangsamoro Government.

Last August 19, the panel also invited employees from the provincial and municipal offices of the BARMM ministries during its fourth round of consultations.

On August 22, another round of public consultation was held at the BTA Executive Lounge. This time, participants were from the education sector, women sector, youth, farmers and fisherfolks, labor groups, non-Moro indigenous peoples (IPs), Municipal Local Government Operations Officer (MLGOO) personnel, settler communities, and Bangsamoro representatives residing outside the BARMM.

Among the mutual concerns raised during the said consultations included human resources and personnel structure, hiring process, infrastructure, and funding.

Moreover, participants were then asked to submit their position and policy papers on the bill and the TWG collated them for consideration before submitting a report to the Committee on Rules.

The report was approved at the Committee level on October 22.

In special session, the report was introduced to the plenary on October 27 for the Parliament’s interpellation and amendments. On the next day, October 28, it was finally enacted into law.

Chief Minister Ahod Balawag Ebrahim stressed in his message there’s a lot of work to do but “let’s take this time to celebrate this milestone”. He said he hopes that “our passion for the Bangsamoro remain unshaken, regardless of the pandemic and the countless challenges ahead.”

“Today, we are writing history by providing the form and structure of the Bangsamoro Government and fulfilling one of our mandates during the transition period,” Ebrahim said in a video message.

In an interview, Speaker Pangalian M. Balindong stressed the importance of the Bangsamoro Administrative Code because it prescribes the functions, duties and responsibilities of the Bangsamoro Region especially on the power regarding health and public safety.

“We are really happy that we have just approved this Administrative Code,” Balindong said.

The Bangsamoro Administrative Code, as one of the priority legislations that the Bangsamoro parliament needs to pass before the end of the transition period, shall take effect fifteen (15) days after its publication in a newspaper of general circulation or within the Bangsamoro region.

The local government and civil service codes are already on its second reading in the plenary and were referred to the Committee on Rules. The education code, on the other hand, was filed in the Parliament on October 28.