What are the functions of the Bangsamoro Parliament Officers?
June 10, 2021
News 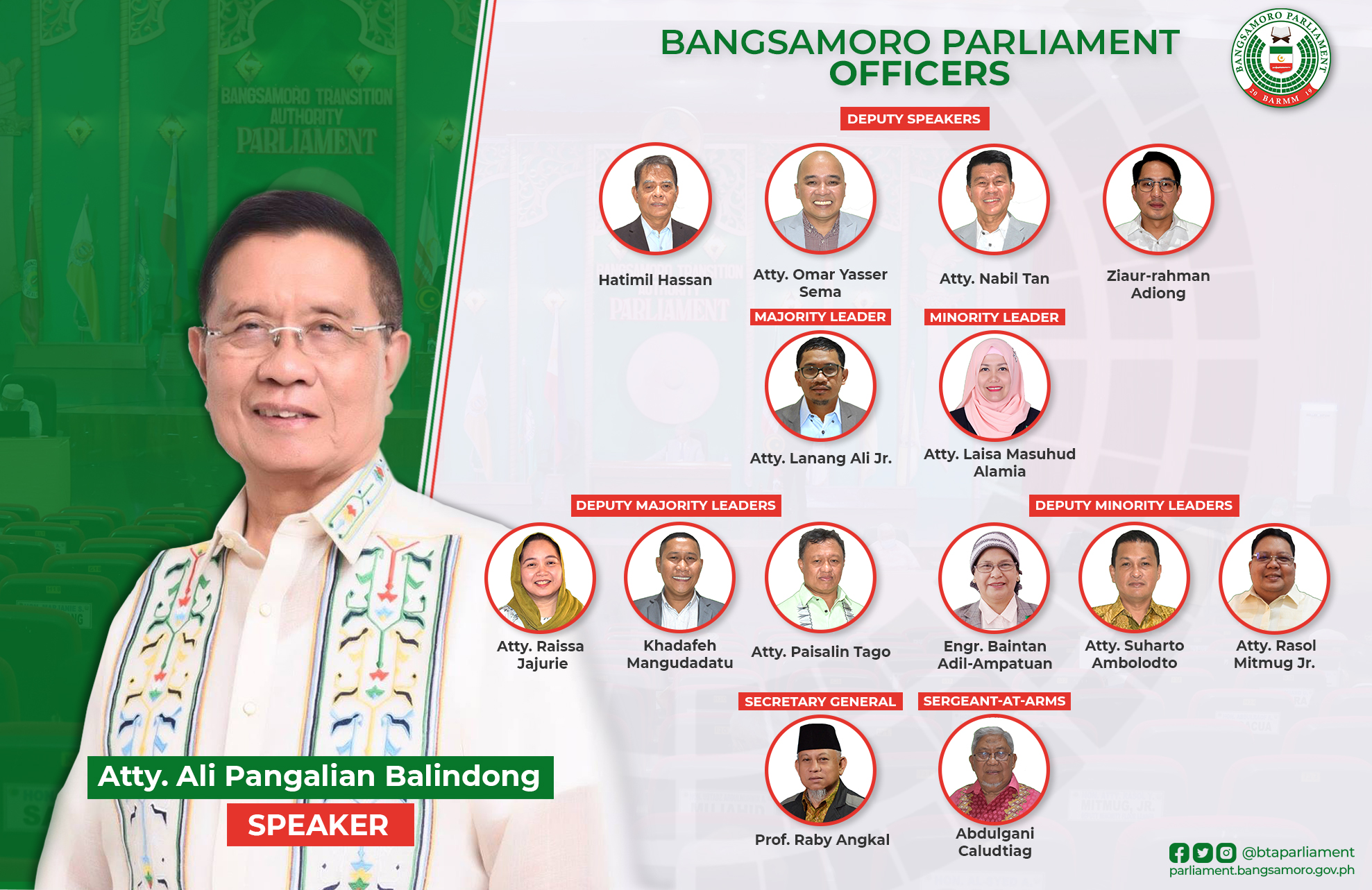 The Bangsamoro Organic Law (BOL) mandates the power of the Members of the Parliament (MPs) to appoint officers composed of the Speaker, Deputy Speakers, and the other officers.

The Bangsamoro Transition Authority (BTA) officers are chaired by the Speaker, followed by the Deputy Speakers, Majority and Minority Floor Leaders.

This governing body performs a significant role in guaranteeing BTA’s success in embodying the aspirations and ideals of the Bangsamoro People for lasting peace and societal development.

As cited in Section 24 of Article VII of the BOL,  presiding officers:

(a) secure the honor and dignity of the Parliament;

(b) ensure the rights and privileges of all members; and

(c) assure public access to the proceedings of the Parliament and its committees.

Officers are independent agencies that watch over the actions of executive offices, ministries, and other committees in serving the public’s needs and interests.

Other powers, functions and duties are upon the determination of rules of the Parliament.