Bills approved by the Bangsamoro Parliament since its creation in 2019
June 14, 2021
News 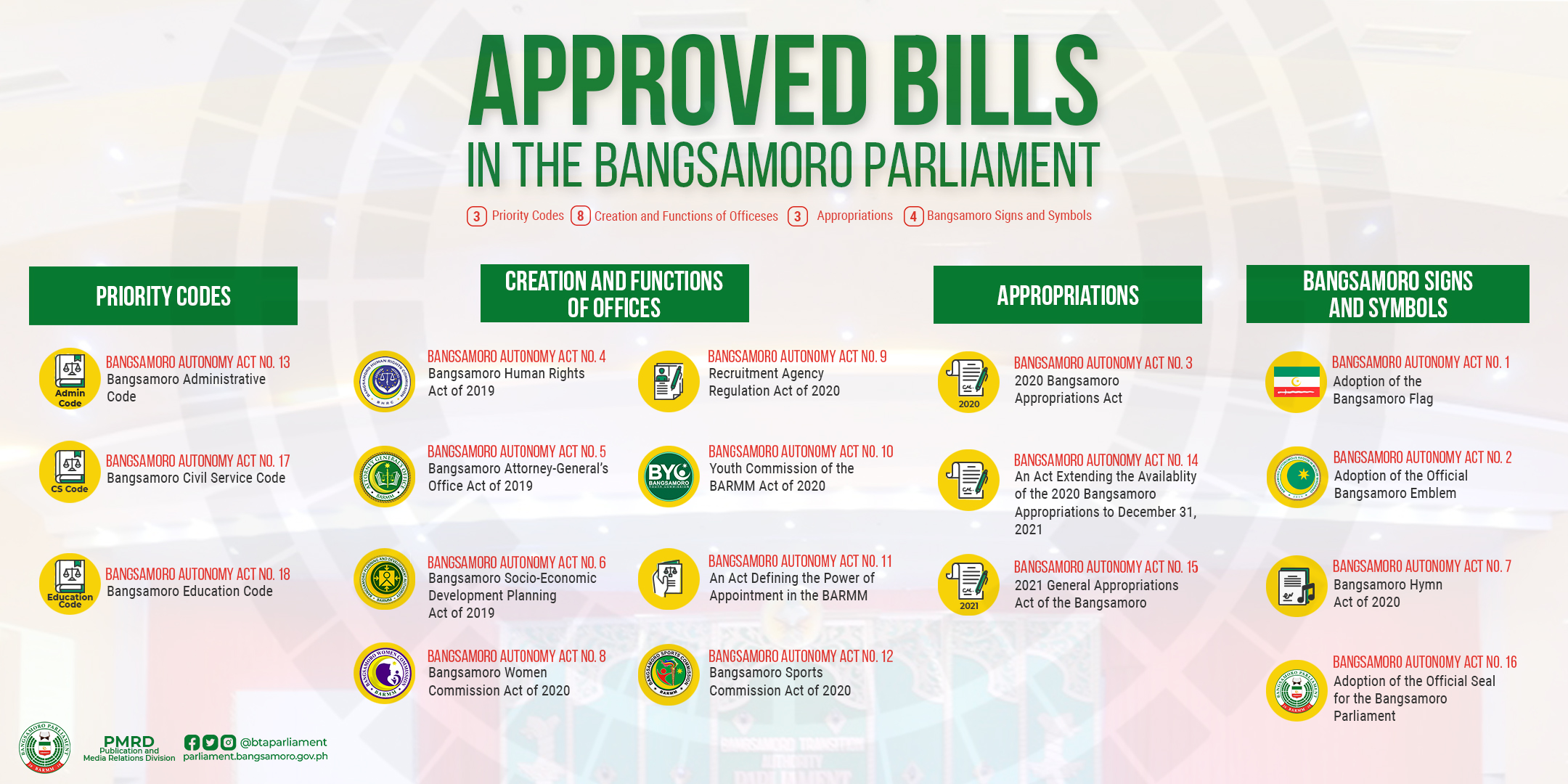 As the third regular session of the Bangsamoro Parliament begins tomorrow, here is an overview of the bills that have been passed into law.

There are approximately 100 bills filed in the plenary. Eighteen of the proposed measures were passed. These legislative measures have established (1) the operation of priority codes, (2) the creation and functions of offices, (3) appropriations of funds, and (4) the adoption of signs and symbols.

In detail, the Bangsamoro Transition Authority (BTA) has approved the following legislation:

2.  Creation and functions of offices – The Parliament has approved bills to institutionalize key offices and its functions. It facilitated the creation of human rights, women, youth and sports commissions. It also defined offices’ appointment and regulatory functions in the Bangsamoro Autonomous Region in Muslim Mindanao (BARMM).

3.  Appropriation of funds – The BTA has appropriated resources and assets to keep the operations of the interim government working. It covers the funds appropriated from 2020 to 2021.

The Bangsamoro Parliament remains committed to completing tasks required throughout the transition phase.