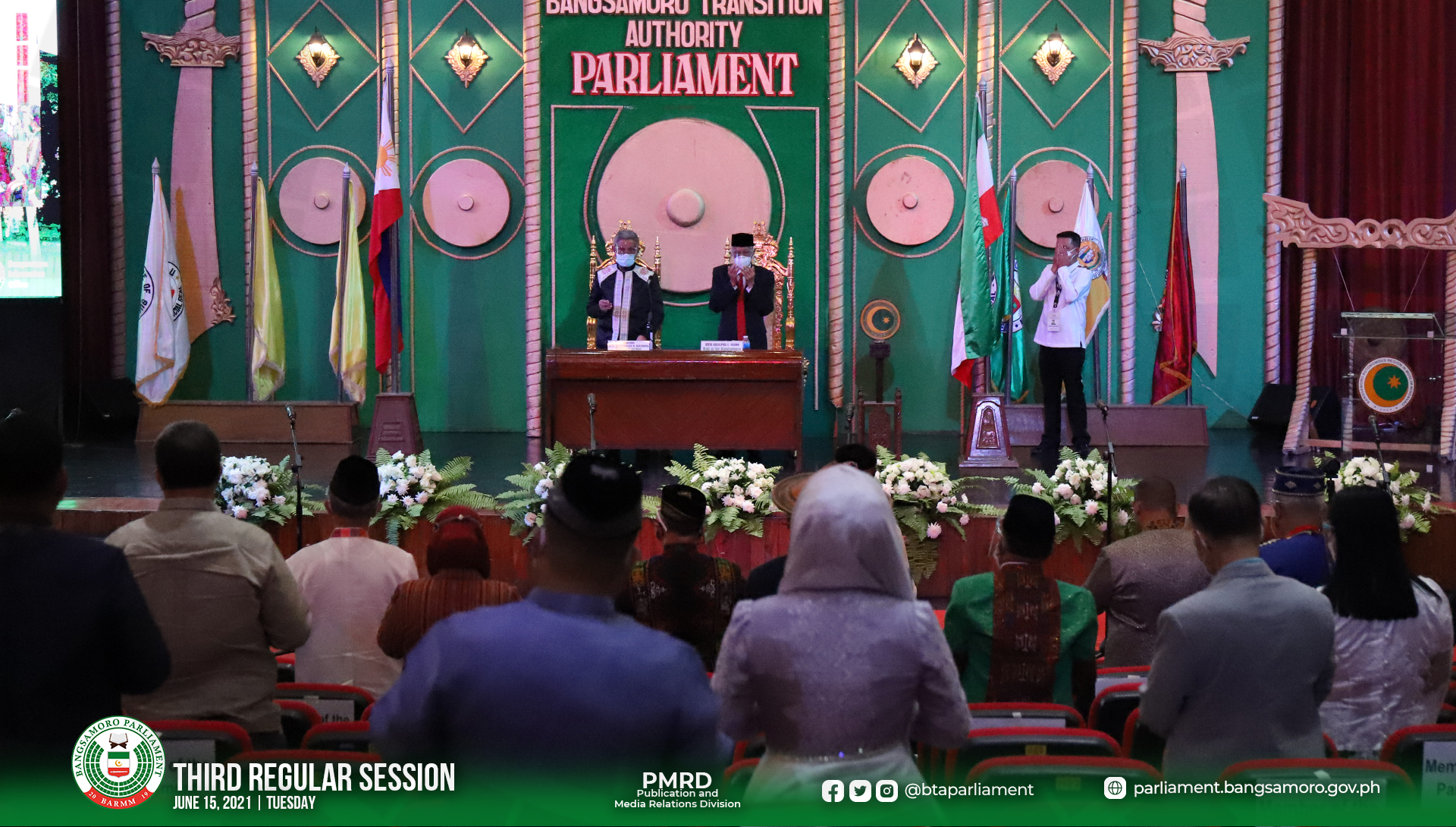 Despite  bureaucratic hurdles, Ebrahim said, “the call for the  extension of the transition period has never been more resounding than now.”

Ebrahim said that they are confident that President Rodrigo Duterte, the Senate, and the House of the Representatives will grant the BTA’s plea for an extension.

“We reiterate, especially to the naysayers, that the extension of the transition period is never about power. It is about ensuring the successful implementation of the Bangsamoro Peace Process,” he explained.

Atty. Balindong expressed similar sentiments saying that extending the transition government’s period is a critical concern for the Bangsamoro people because the institutions necessary for the election of a new regional administration have yet to be established.

According to him, budget delays and the Covid-19 pandemic have hampered the BTA’s effort and valuable contribution in completing its tasks, yet it is still able to serve the needs of the Bangsamoro people.

The Parliament has already enacted three priority codes—the Administrative Code, Civil Service Code, and the Education Code and it remains committed to ensuring the political foundation of the next Bangsamoro administration.

On the resumption of the session, the BTA is working to pass the three remaining important legislation cited in the Bangsamoro Organic Law (BOL)- the electoral, local government, and revenue code.

“It is, therefore, necessary that we allow the Bangsamoro leadership, headed by the Interim Chief Minister Murad Ebrahim, to finish the mandate and prove their worth to our people within a reasonable period. Let us give these revolutionaries-turned-parliamentarians a complete chance to realize their vision for the Bangsamoro,” he added.

The approval of the local government code, according to Ebrahim, will strengthen the horizontal and vertical relationships between the LGUs in the Bangsamoro region.

He emphasized that the electoral code is one of the “most sensitive legislation” that Parliament will pass. It must be appropriately drafted to guarantee that the government prioritizes the welfare of the voter.

“We must ensure that it will pave the way for a genuine political exercise that shall serve the core of the regular Bangsamoro government,” he said, adding that they will submit this to the Parliament as soon as possible.

While the Revenue Code is being finalized by the Cabinet Committee led by the Ministry of Finance, Budget, and Management, and it will also be transmitted to the Parliament within the year.

He also said that the Parliament will work on legislation that will protect and promote the rights of the Indigenous People.

They will also submit Bangsamoro Children’s Code which will further protect children’s rights, as well as Labor Code which will protect workers in the region and ensure that neither employees nor employers are subjected to discrimination.

“We will adopt legislation that will allow agriculture and fishing to thrive.” He further said, “I tasked the Ministry of Agriculture, Fisheries, and Agrarian Reform with making this happen.”