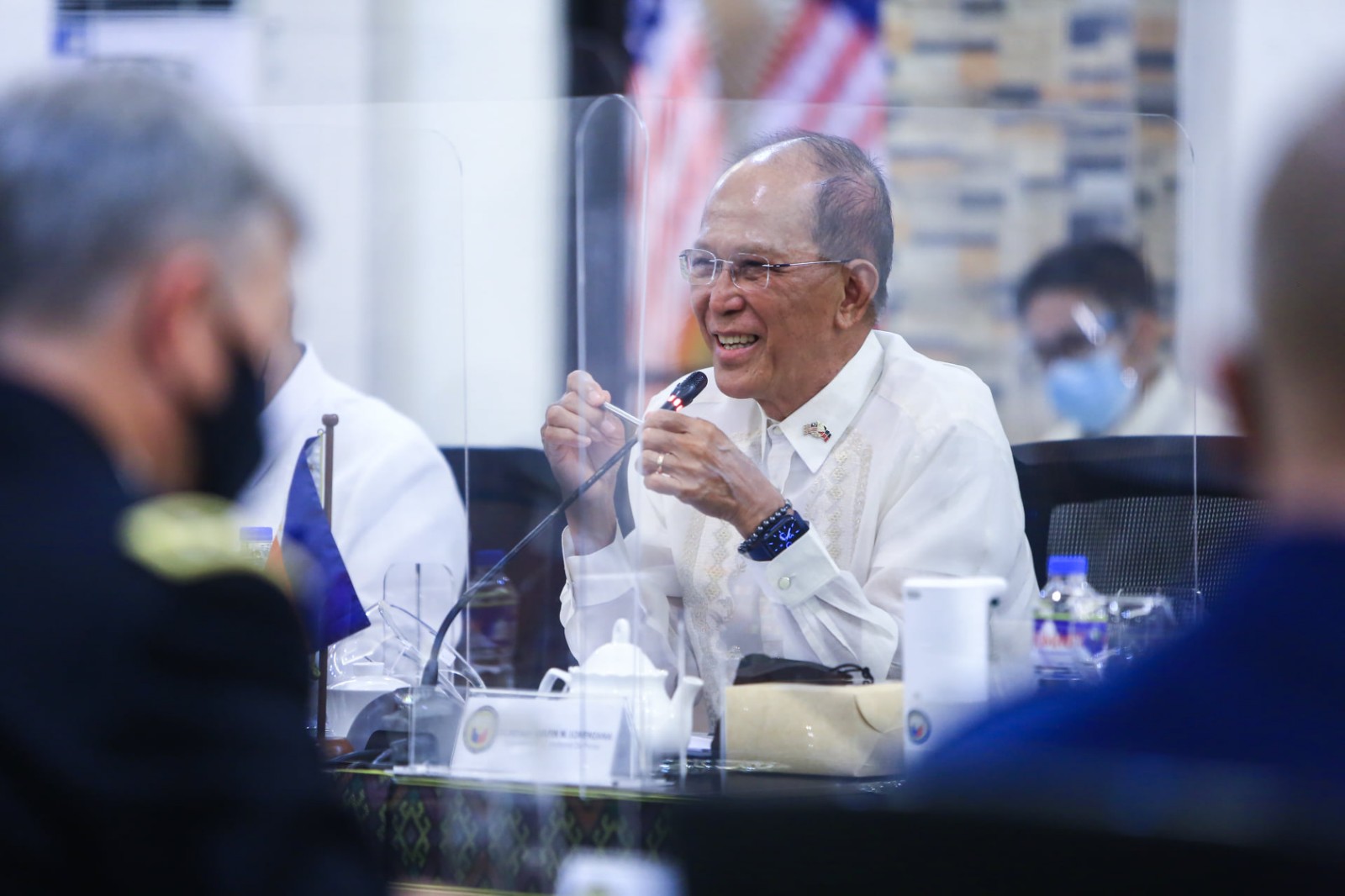 In a pre-SONA activity on Tuesday, June 29, Lorenzana reiterated that the extension would provide the Bangsamoro region enough time to make a genuine and successful transition.

“I will support all efforts and initiatives for the welfare and wellbeing of the people of the BARMM,” Lorenzana said, noting that the DND and the national government are committed to working with the Bangsamoro administration.

The Bangsamoro officials said that the three year transition period from 2019 to 2022 would not be enough to accomplish its targets.

BARMM Chief Minister Ahod Ebrahim said that President Rodrigo Duterte’s promise of peace was fulfilled in 2019, resulting in the ratification of the Bangsamoro Organic Law.

“Above all, the Duterte administration is unprecedented and relentless in putting the Bangsamoro cause in the national platform allowing the Filipino nation to grasp the history of our struggle and the need to give Mindanao the peace it truly deserves,” Ebrahim noted.

The transition authority, he said, is “true to the dream of the President that there can be a special Bangsamoro nation in the Philippine Republic.”

As stated in the BOL, the BTA, which serves as the interim government of the BARMM during the transition period, will ensure the completion of the following priorities:

BTA Speaker Atty. Pangalian Balindong said that they are working hard to complete the transition and guarantee that the next administration has everything it needs to further progress in the region.

He said that the Parliament would discuss the remaining priority codes such as local government, electoral, and revenue on its third regular session.

To date, there are about 125 bills and 474 resolutions filed in the plenary. Out of the 474 proposed resolutions, 145 were approved by the Parliament.

As he presented the updates on regional development and security, Atty. Naguib Sinarimbo, the BARMM’s interior and local government minister, said that the Bangsamoro government had made significant progress in building a stronger autonomous region while delivering major programs to its constituents.

It includes establishing the bureaucracy in BARMM and crafting the roadmap anchored to the region’s 12-point priority agenda.

In his presentation, he noted that the regional government had constructed 250 barangay halls, 11 municipal halls, four municipal police stations, and nine water systems across the region’s five provinces.

By the end of the year, he said, the government will complete the construction and improvement of 1,073 kilometers of roads, 114 bridges, 201 flood control, 385 water systems, 94 seaports, and 16 other infrastructure projects.

“Next to the president, I am the happiest person working for the success of the Bangsamoro,” Lorenza said.

“We have to work on the normalization efforts. We have to expedite the radicalization, decommissioning, rehabilitation and development interventions for former combatants and conflict-affected communities in the region,” he added.

Lorenzana also commended the Bangsamoro government for its commitment to improving the lives of its constituents and securing the future of the region.

“Let us be more inclusive in what we are doing. Wala kayong iiwanan, include everybody,” he added.