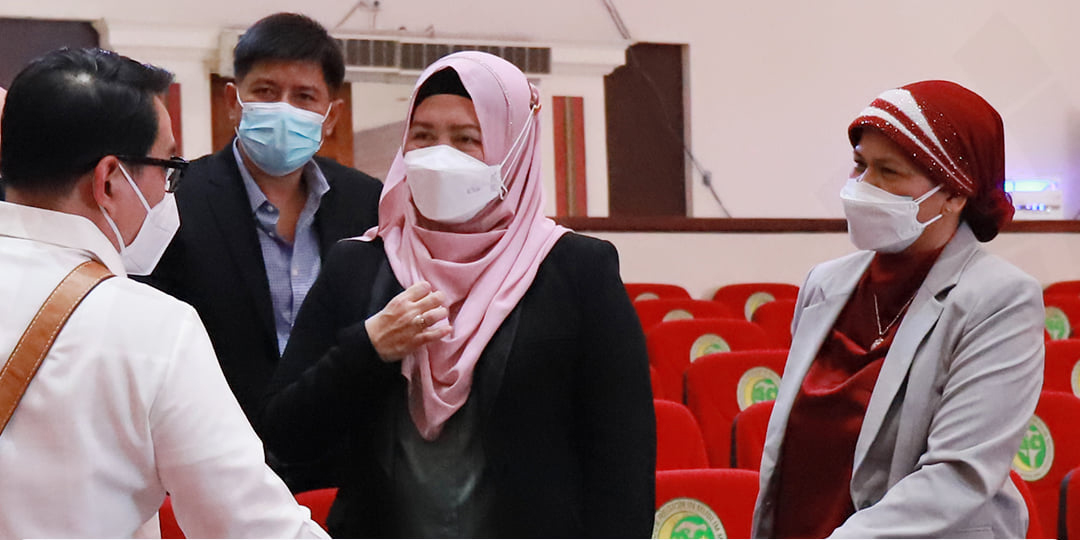 COTABATO CITY – To address legitimate grievances of the Bangsamoro people, historical injustices, human rights violations, and marginalization through land dispossession, some members of the Bangsamoro Parliament pushed for the establishment of Transitional Justice and Reconciliation (TJR) mechanisms.

The principal author of the four legislative measures, Minority Leader Atty. Laisa Alamia said that one of the actions the regional government must do is to empower the Bangsamoro people as active participants in the collective pursuit of transitional justice.

“This is crucial if we are to restore and reinforce relationships anchored by faith and confidence among our region’s diverse communities, which will then enhance social cohesion during the process of political transition,” Atty. Alamia said.

She emphasized that the institutionalization of the TJR mechanisms is fundamental to the peacebuilding process.

Among the proposed legislative measures on TJR includes strengthening the regional TJR program, providing benefits for the Bangsamoro veteran Mujahideen and Mujahidat, creating the regional TJR Commission, establishing Bangsamoro Health Care Subsidy Program, and providing for the documentation of human rights violations during the armed conflict in Mindanao.

On strengthening the regional TJR program and creating the TJR Commission

The proposed Parliament Bill 140 aims to establish a Regional Transitional Justice Program to address the legitimate grievances of the Bangsamoro people.

It also aims to provide venues for the victims of conflict to be heard and mechanisms for investigating serious violations of international human rights law and allowing inquiries into specific events of the armed conflict.

The bill also proposed creating a Regional TJR Commission on the Bangsamoro, which will serve as the primary organ of the Bangsamoro government in designing, formulating, and implementing transitional justice and reconciliation programs and mechanisms.

In crafting the mechanisms, the Regional Commission shall be guided by a framework dealing with the past that respects, protects, and fulfills the right to truth, justice, and reparation of the victims and ensures non-recurrence of any violation.

The Bangsamoro Organic Law places health services within the powers and jurisdiction of the Bangsamoro government, ensuring and supporting the promotion of health and safety in the region.

The proposed Bangsamoro Health Care Subsidy Program aims to establish a health and social protection program to enable the conflict-affected population of the Bangsamoro to live decent lives by assisting them in accessing quality and affordable health care.

Key components of the program are a health card system that will provide cardholders with subsidized health care services, an efficient network of institutional health care providers, a system of contracting private health care facilities, multi-sectoral and progressive effort to improve public health facilities, and sustainable funding through earmarked revenues or shares in revenues.

Beneficiaries of the program will be former combatants, their dependents, human rights violation victims, and individuals displaced in the region due to armed conflict or clan feud.

“Establishing a system for comprehensive human rights violations documentation across the region is integral to the truth-seeking process in the Bangsamoro,” MP Alamia said.

In the process of documenting and investigating past human rights violations, the proposed bill will focus on the following “emblematic cases in the past”:

As stated in the proposed bill, it is the Bangsamoro government’s responsibility to ensure that the recognition of past human rights violations and the victims are included in the development of the Bangsamoro Historical Memory.

On providing benefits for Bangsamoro veteran Mujahideen and Mujahidat

With the aim of establishing, developing, and promoting a perfect pension system that will cater to the needs of Mujahideen and Mujahidat of the Bangsamoro, the proposed Parliament Bill 143 was also introduced in the plenary.

Mujahideen and mujahidat, as defined on the bill, are the male and female combatants who, in the service of the Moro revolutionary fronts, took part in the protracted wars for self-determination between the Bangsamoro people and the Philippine government.

This bill seeks to provide benefits for the mujahideen and mujahidat who have not been found guilty of a gross human rights violation while in the service, as certified by the BHRC or CHR.

These measures, according to Atty. Alamia, will help address generational concerns like poverty and hunger, entrenched in the region’s history of violence and conflict.