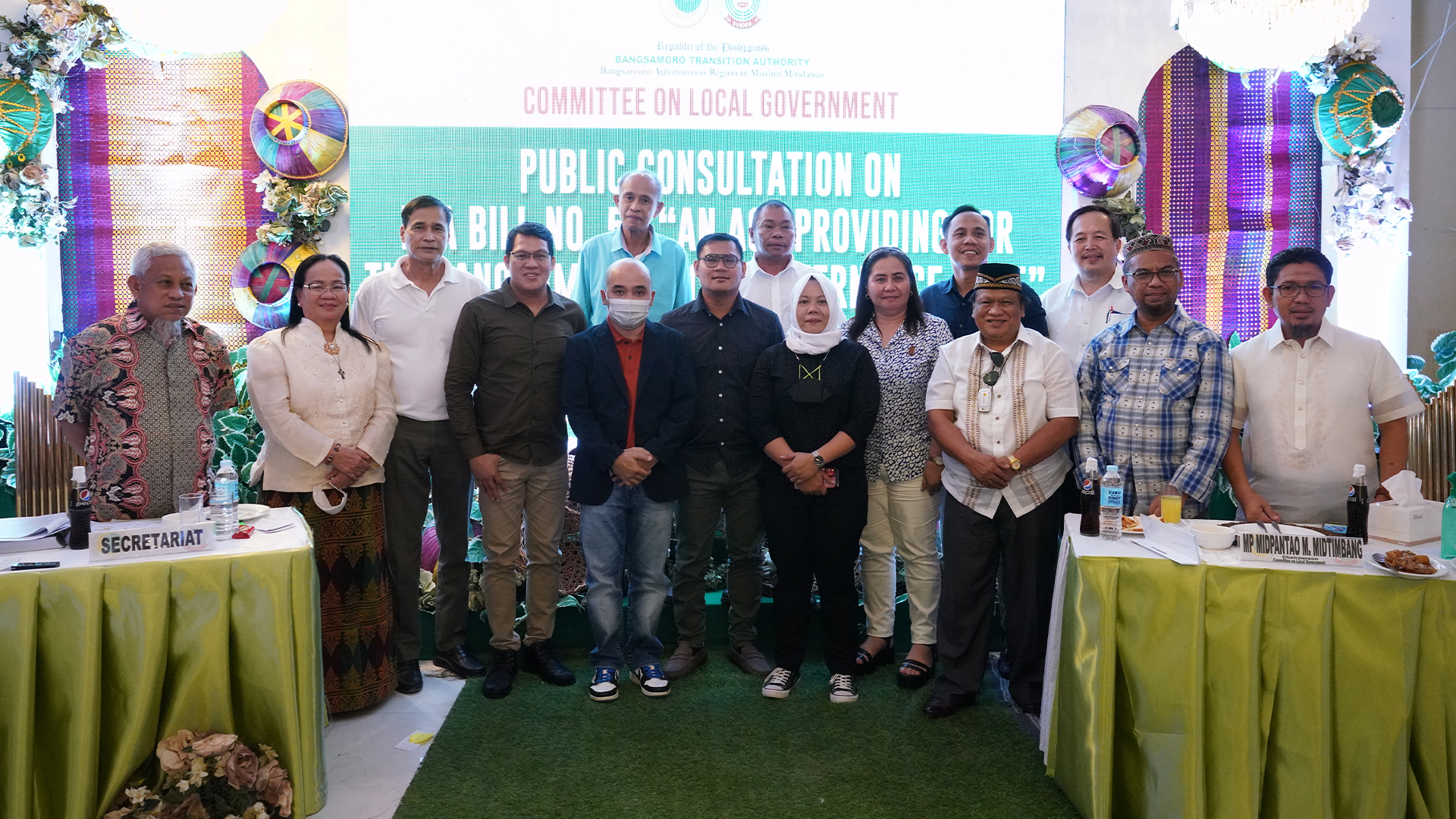 The consultation was facilitated by Deputy Speaker MP Atty. Omar Yasser Sema, who reiterated that the BLGC is an urgent legislation submitted by the Government of the Day as it is among the BTA priorities that must be completed during the transition period.

He explained that the Bangsamoro government renamed the term “government” to “governance” to emphasize citizen participation in political education and community action.

Policies and guidelines are laid out in the draft BLGC that clearly define the BARMM’s powers, functions, and relationships with local government units within its area of jurisdiction, as well as the establishment of disciplinary measures, sanctions, and reforms in local governance, among others.

Through the BLGC, the Bangsamoro government intends to gradually and systematically grant more rights, authority, and responsibilities to LGUs to improve local government responsiveness and accountability.

BTA’s Committee on Local Government Chair Datu Midpantao Midtimang said that the BLGC is one of the concrete results of the long struggle and sacrifices of the Bangsamoro mujahideen for self-governance and meaningful autonomy.

“It is considered another milestone in our long desire for sustainable peace, progress, development, and stability in the Bangsamoro homeland,” MP Midtimbang added.

The public consultation aims to solicit legislative feedback and recommendations from different stakeholders to improve the proposed legislation.

The first public consultation on the proposed bill was held in Lanao del Sur and Marawi City in February.

The BTA should prioritize three codes during the remaining years of the transition period: revenue, electoral, and local government. (LTAIS-Public Information, Publication, and Media Relations Division)