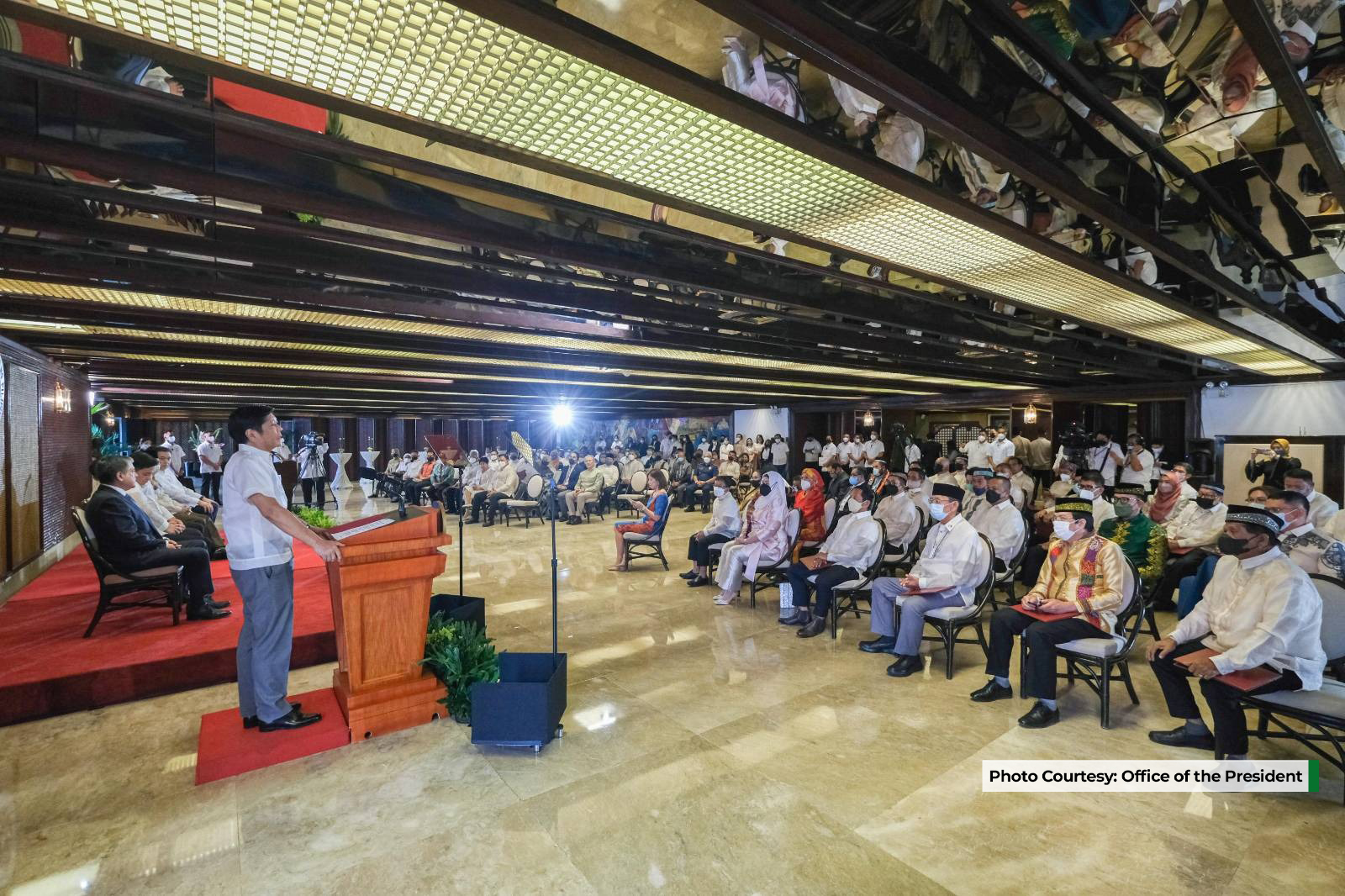 During the inauguration ceremony, President Marcos will deliver his address to the 80 new members of the BTA who will serve from 2022 to 2025.

Members of the Parliament will also take an “oath of moral governance” to ensure the public that the Bangsamoro government is committed to upholding good governance in the region.

In a ceremony held at Malacañang Palace on August 12, the newly appointed members of the Parliament swore an oath of office under the leadership of Ahod Ebrahim, who had been reappointed as Interim Chief Minister.

49 of them have served as BTA members since 2019, while the remaining 31 are newly appointed.

They represent the provinces of Maguindanao, Lanao del Sur, Lanao del Norte, Sulu, Basilan, and Tawi-Tawi, as well as the Bangsamoro community in North Cotabato, non-Moro indigenous peoples, the Kalagan or Kagan community in Davao Oriental, and settler communities in Davao City and Cotabato City.

During the first Parliament from 2019 to 2022, they were able to pass 31 bills and 263 resolutions. Three of the seven priority codes were also approved, such as administrative, education, and civil service.

In a message from Sec. Carlito Galvez Jr., presidential adviser on peace, reconciliation, and unity, the inauguration of the BTA “sends a clear and strong signal that the Marcos administration is firm and determined, more than ever, to complete the implementation of all signed Bangsamoro peace agreements.”

Before entering the plenary session hall for tomorrow’s activity, BTA members and guests are required to do either an RT-PCR or an antigen test. (LTAIS-Public Information, Publication, and Media Relations Division)