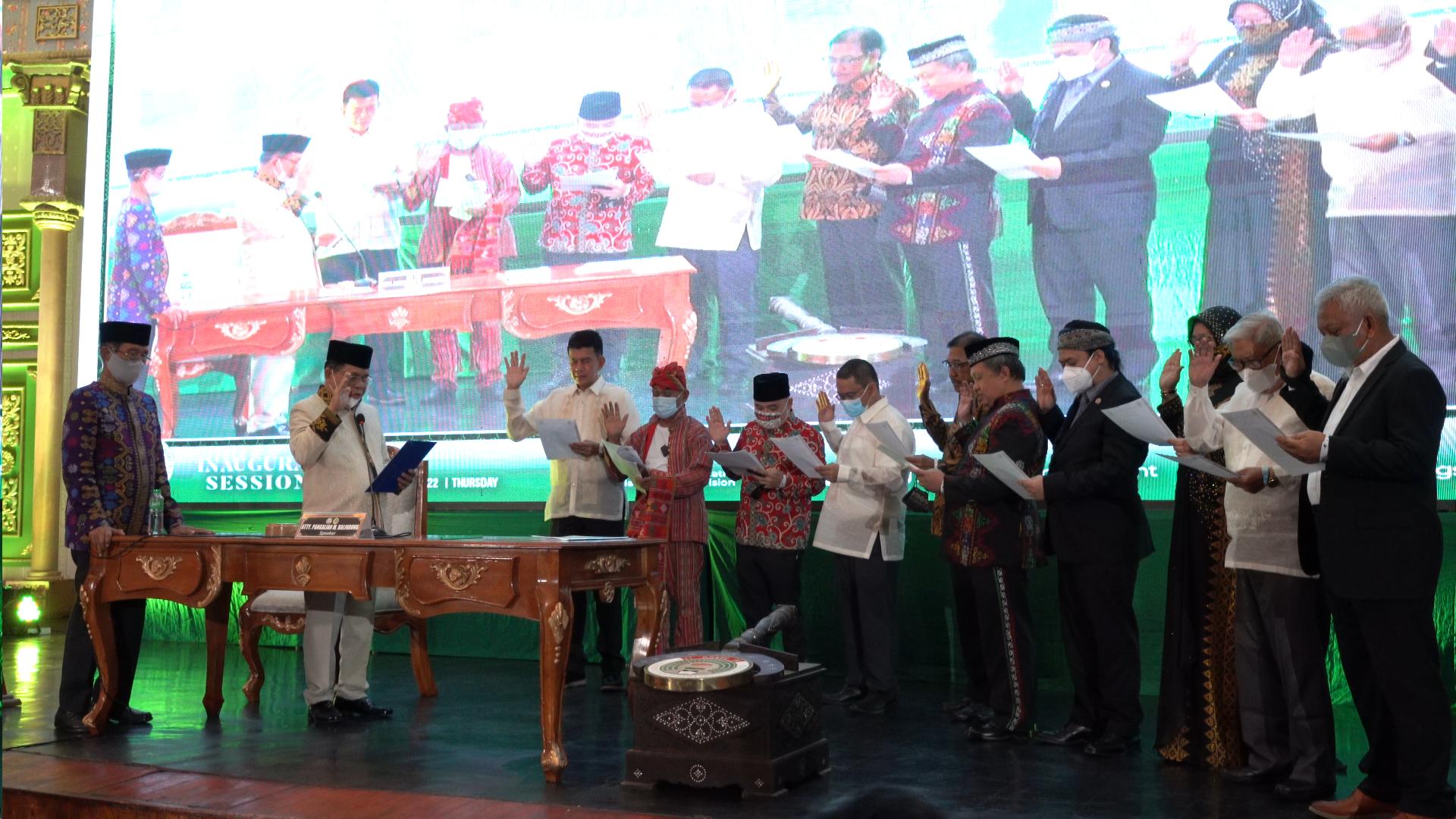 COTABATO CITY —The newly appointed members of the Bangsamoro Transition Authority formally convened for the inaugural session and election of the new set of officers of the Parliament today, September 15, in Cotabato City.

During the inaugural session, members of the Parliament voted on the speaker, deputy speakers, majority leader, secretary-general, and sergeant-at-arms.

Atty. Pangalian Balindong was reelected unanimously as Speaker of the Parliament.

“We cannot fail because our people have suffered enough. It is only through our unity that we can repay the blood that our brothers and sisters had spilt in order to achieve their dream towards peace, progress and right for self-determination,” said Atty. Balindong.

The following are the new parliament officers as nominated and elected by the BTA members:

The term of the Parliament Officers will begin upon their election and will end after their successors have been elected.

Three of the seven priority codes, administrative, civil service, and education, have already been approved.

This afternoon, the Parliament will convene again for the inauguration of the BTA, with President Ferdinand Marcos Jr. gracing the event. (LTAIS-Public Information, Publication, and Media Relations Division)