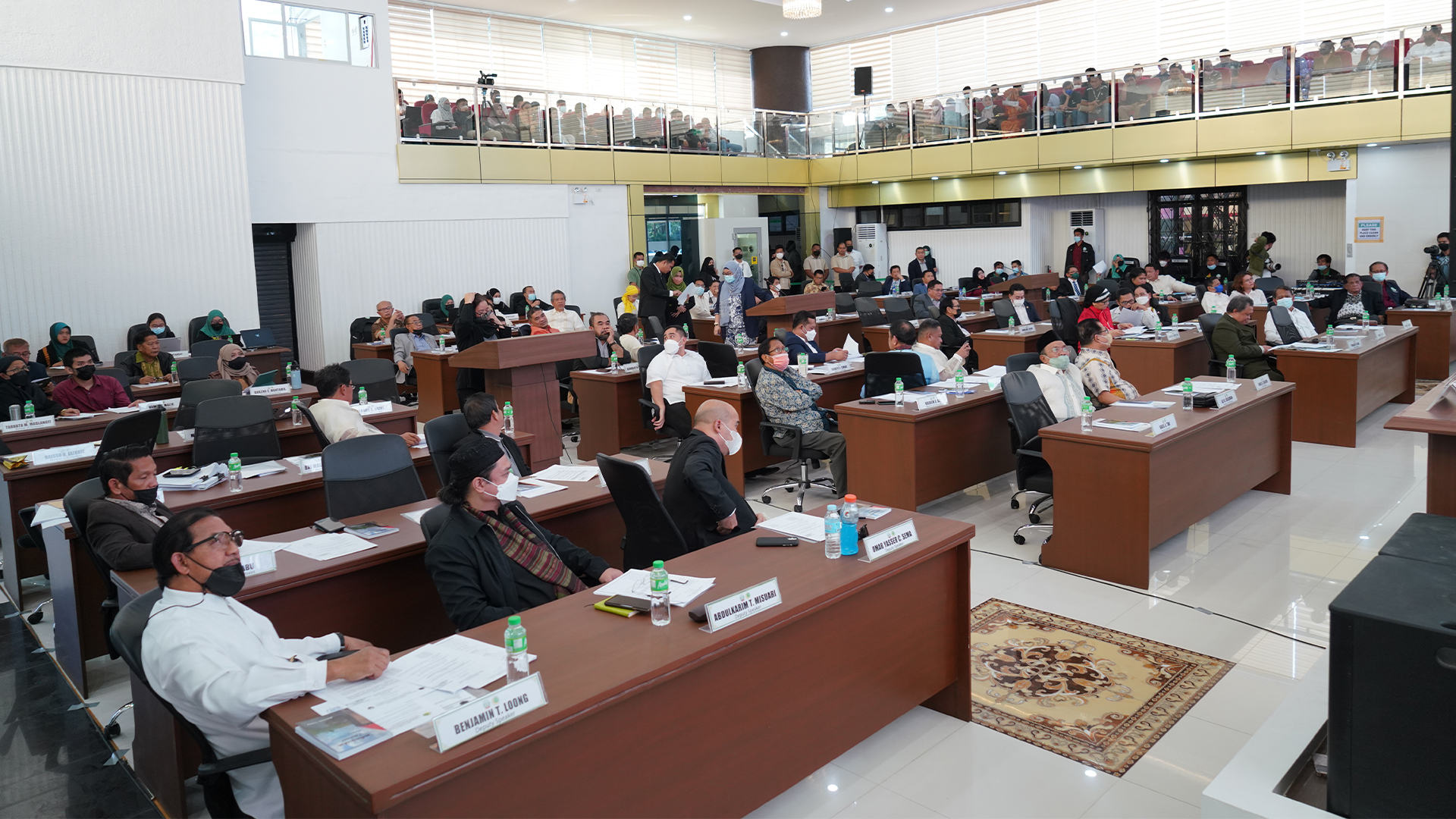 COTABATO CITY — A key measure that will prescribe the structural, functional, and procedural principles in the elections of officers within the Bangsamoro region has been filed this afternoon, September 22.

Filed by the Government of the Day, Parliament Bill No. 29, or also known as the “Bangsamoro Electoral Code of 2022,” will ensure honest, credible, just, and free elections, allowing democratic political participation and reflecting the genuine will of the electorate in the region.

On the first day of the session, once all members of Parliament have been elected, the Chief Minister, who is also a member of Parliament, will be elected by a simple majority vote of the members of the Parliament.

For the party representation seats, only parties that received at least 4% of the total valid votes cast in party system elections are guaranteed one seat.

While reserved seats and sectoral representatives will constitute at least 10% of MPs, two seats will be reserved for non-moro indigenous people and settler communities. Each of the following groups—women, young people, traditional leaders, and the Ulama—will have one sectoral seat.

The sectoral representatives will be chosen by the Chief Minister after nomination by the Parliament through the Speaker from among the members of registered sectoral organizations.

The electoral code mandates that elections be held throughout the region to fill the various provincial, city, municipal, and barangay seats created by the law. Successful candidates will be sworn into office at noon on the 30th day of June following the election, and their terms in office will last for three years.

Qualified voters must be 18 years old, Filipino residents for at least a year, and have registered in any city or municipality in BARMM six months before the election.

The PB No. 29 also proposes the establishment of a Bangsamoro Electoral Office, the central body of BARMM in the supervision of all elections, with delegated powers from the Commission on Elections, to ensure the compliance of laws and other pertinent rules of the Commission.

There will also be an electoral tribunal within Parliament that will be the sole judge of all contests relating to the election, returns, and qualifications of the MPs.

The electoral tribunal is composed of the chief electoral officer, two retired judges, and six MPs.

The first regular election for the Bangsamoro Government under this Organic Law shall be held and synchronized with the 2025 national elections, as stipulated in Republic Act No. 11593.

During the inauguration of BTA last September 15, Interim Chief Minister Ahod Ebrahim committed to submitting the remaining priority codes, such as the Electoral Code and Local Governance Code, by the end of the year or first quarter of 2023.

Of the six priority codes, three have been enacted into laws already, which include the Administrative Code, Education Code, and Civil Service Code. (LTAIS-Public Information, Publication, and Media Relations Division)