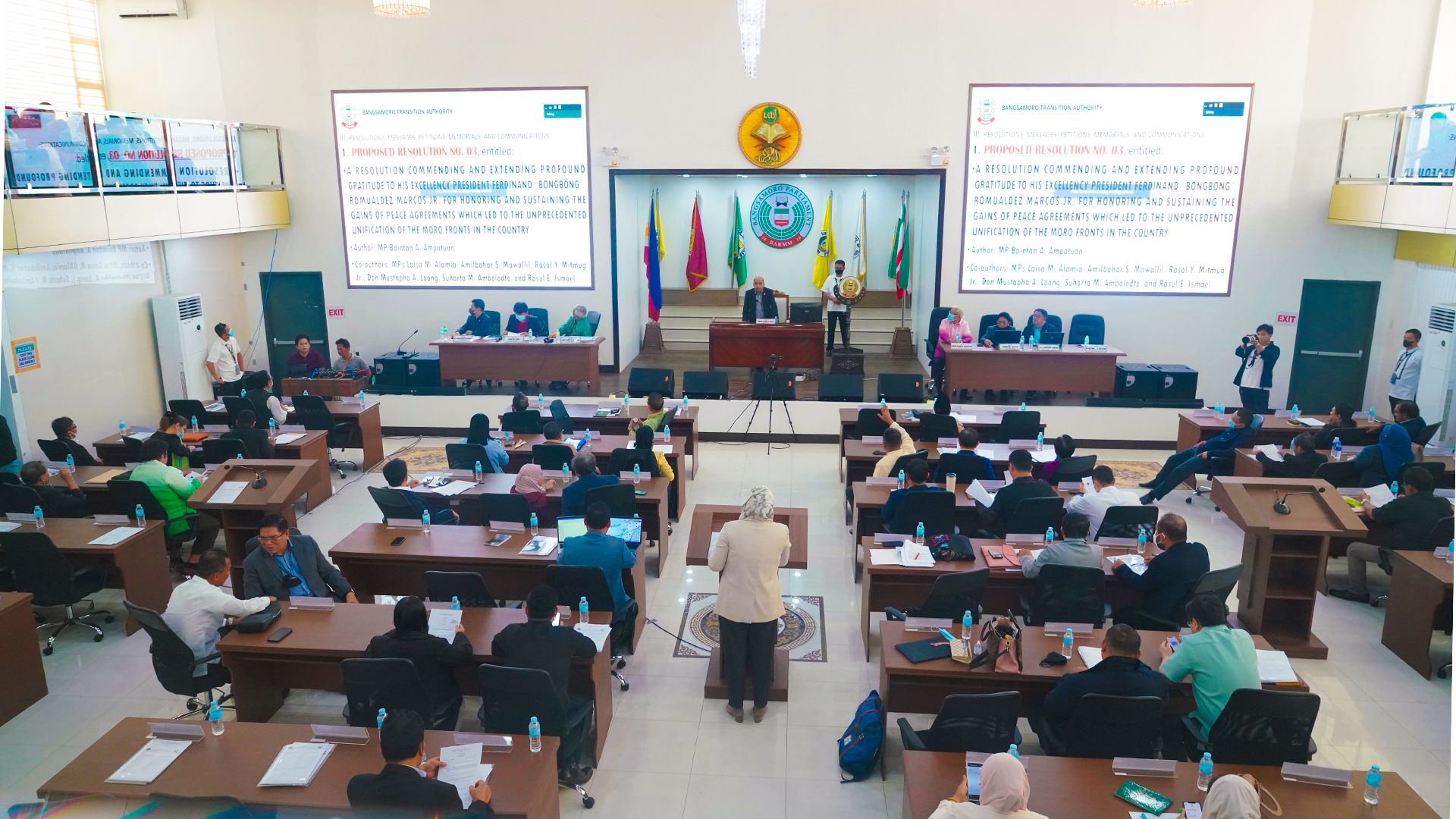 COTABATO CITY — The BARMM Government of the Day (GOTD) on Thursday reintroduced the proposed local governance code in the second parliament, one of the priority codes that the parliament should pass during the transition period.

The GOTD filed the local governance code in July 2020, but it remained pending with the Committee on Local Government until the session adjourned during the first parliament, which ran from 2019 to 2022.

The Bangsamoro government will offer a more responsive and accountable local government structure through the proposed Code, in which LGUs will gradually and systematically be given more rights, authority, responsibilities, and resources.

BARMM Chief Minister Ahod Ebrahim vowed to pass the local governance and electoral codes by the end of the year or in the first quarter of 2023 during the inaugural session on September 15.

Ebrahim also handed over printed copies of the codes to President Ferdinand Marcos, reiterating that they will complete all the remaining transition priorities and finish establishing a government capable of continuing the transformation of the BARMM into a progressive and responsive region, not only for peaceful and orderly elections in 2025.

During the transition period, the BTA must pass priority legislative measures such as the administrative, revenue, electoral, local government, education, civil service, and indigenous peoples’ codes.

To date, the BTA has enacted the region’s administrative, civil service, and education codes.

The Code must apply to all component provinces, cities, municipalities, barangays, and other political subdivisions as may be created by law, and to the officials, offices, or agencies of the Bangsamoro government.

As the Bangsamoro government is pushing for moral governance, the term “government” is replaced with “governance”, which promotes citizen engagement.

Following its approval, the Bangsamoro Parliament is obligated to review the Code at least once every five years and as often as it may deem necessary in order to create a system of local government that is more responsive and accountable to its constituents.

Within six months of the approval, the Chief Minister must convene the Oversight Committee, which will develop and issue the appropriate rules and regulations to ensure the efficient and effective implementation of all provisions of the Code.

The Committee will be composed of the Executive Secretary, who will also serve as the Committee’s chair; four members of the Bangsamoro Parliament, including the Chairperson of the Committee on Local Government; the Cabinet represented by the Minister of the Interior and Local Government and Finance, and Budget and Management; and a representative from the league of provinces, municipalities, and Liga ng mga Barangay. (LTAIS-Public Information, Publication, and Media Relations Division)