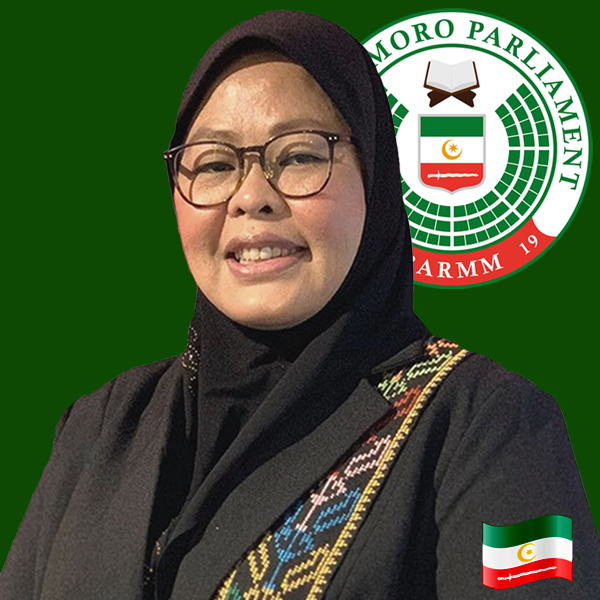 Member of the Parliament Attorney Maisara C. Dandamun-Latiph is a former of Commissioner at the Bangsamoro Transition Commission (BTC), and a former Senior State Solicitor at the Office of the Solicitor General (OSG). She dreamt of becoming a lawyer since she was a young child. However, growing up in a Muslim Community in Metro-Manila awoken in her a desire to help young children in her community through quality education. Thus, in 2003 she and her Muslim women friends founded IQRA Kiddie Learning Center Inc., a non-stock and non-profit educational institution in Quiapo, Manila. Realizing that she needed more qualification in education to serve better, she applied and was awarded a prestigious Chevening Scholarship from the British Embassy. In 2007 she was granted a degree with Honors  in Masters in Educational Leadership and School Improvement at the University of Manchester in England, United Kingdom. In 2011 she was detailed as Member of the Oversight Reform Team (ORT) of the Department of Education in ARMM.

In 2012 she and feminist friends founded Khadija Center for Muslim Women Studies dedicated to Muslim Women issues and challenges. In 2013 she attended the 10th World Young Leader’s Conference in China as world young leader who wanted to contribute meaningful changes in the planet and its people. In 2014, she and her sister founded Safia Learning Center, Inc. a community preschool in Quezon City. She is a candidate of Doctor of Philisophy in Educational Administration and Development, University of the Philippines, Diliman.

She cares about peace, women and children as her main advocacy. She is married to a fellow lawyer and human rights advocate – Attorney Algamar Latiph. They have two wonderful children.