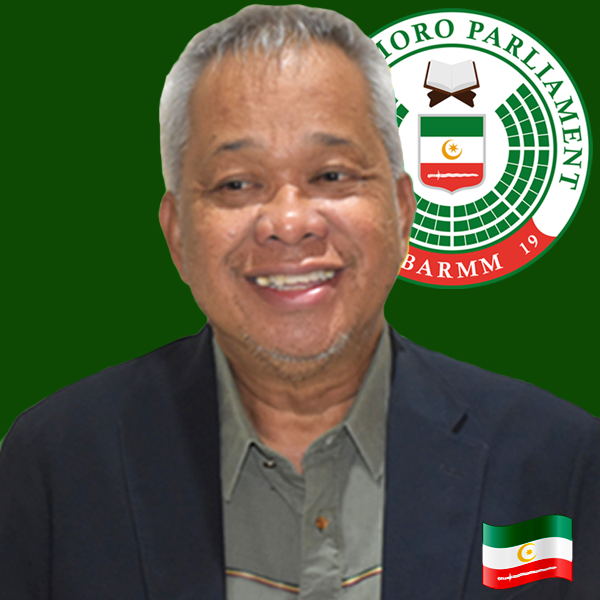 Biosketch of MP Jose I. Lorena

ATTY. JOSE IRIBANI LORENA is now a member of the Bangsamoro Transition Authority (BTA) and concurrent Deputy Minister of the Ministry of Human Settlement and Development – Bangsamoro Autonomous Region in Muslim Mindanao (BARMM). He is also a former Office of the Presidential Adviser on the Peace Process (OPAPP) Undersecretary for Bangsamoro Projects. He is a convener of the Philippine Center for Islam and Democracy (PCID).

He is a former Attorney-General and Secretary of Labor of the Autonomous Region in Muslim Mindanao (ARMM). A member of the Moro National Liberation Front (MNLF) peace panel who negotiated the natural resources part of the 1996 Final Peace Agreement and a member of the Power Sharing Committee during the GPH-MILF Peace Talks. He was also a consultant in the Office of the Executive Secretary, Office of the President from 2010 to 2012.

He is a planner-developer, political activist, liberal, moderate and open to new dynamics. He is also a public servant who served the government in various capacities as Chief Local Government Officer and Head, Local Government Supervision, Department of Interior and Local Government (DILG); and Regional Officer of the Housing and Land Use Regulatory Board (HLURB).

He have written articles on various topics such as Ministry Rights, Ancestral Domain, Terrorism and Local Governance, and Post-Conflict Reconstruction and Rehabilitation.