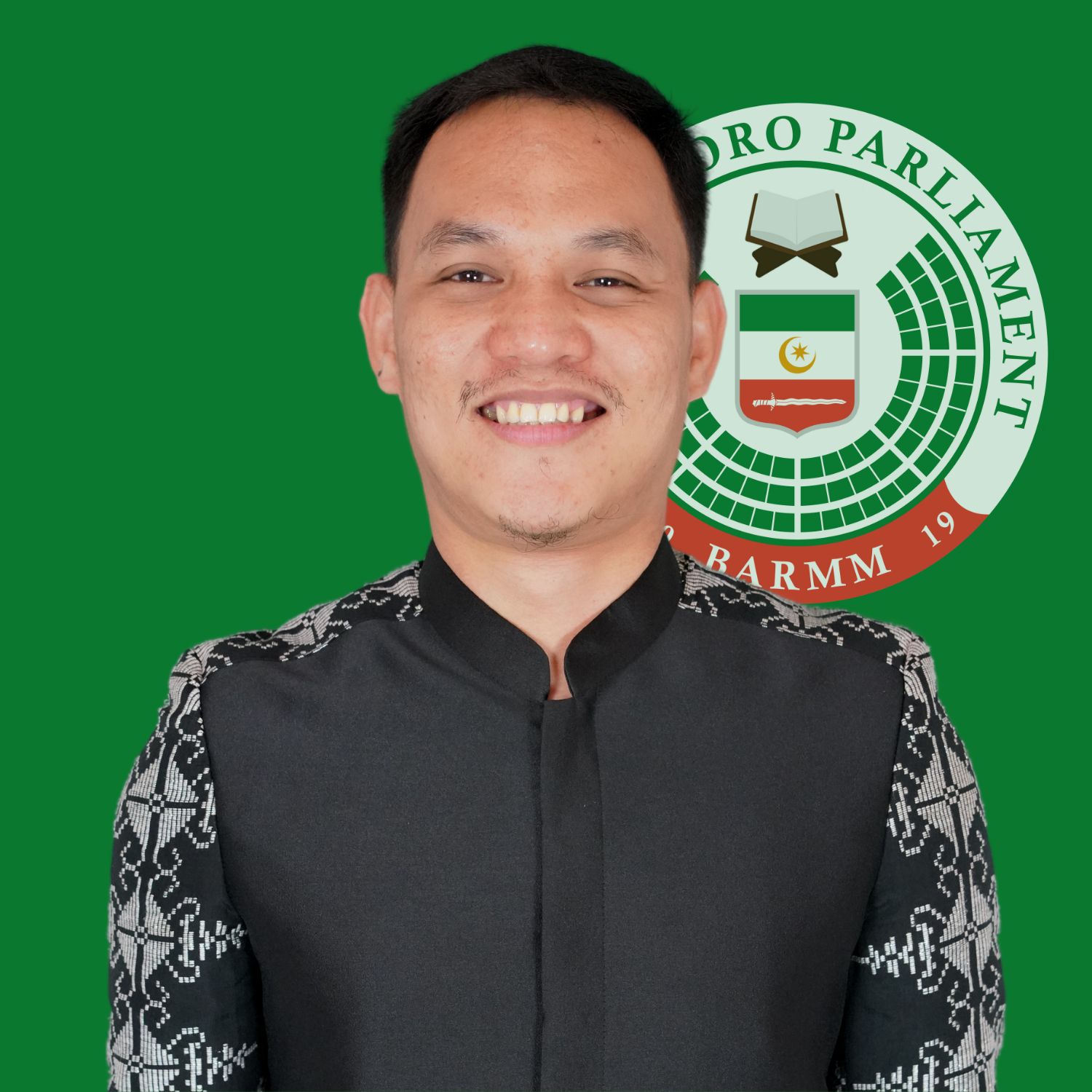 Ubaida C. Pacasem, is a full-blooded Iranun who was born and raised in Barira, Maguindanao. His parents named him after Abu Ubaidah ibn Al Jarrah, a great warrior and a companion of Prophet Mohammad (S.A.W.) Ubaida is the fifth child among the eleven children of Hadji Abdullah M. Pacasem and Hadja Sittie Samerah T. Casad, a retired public teacher.

Ubaida is a Certified Public Accountant and a Lawyer by profession. He earned his bachelor’s and juris doctor’s degrees at Notre Dame University in 2007 and 2012, respectively. His first work was at the defunct Shariff Kabunsuan Province. He then wored at Cotabato Sanitarium Hospital as its Senior Bookkeeper, and subsequently at Cotabato Regional and Medcial Center (CRMC) as its Chief Accountant while earning his law degree. At CRMC, he was part of the institutionalization of zakat in the payroll system of Muslim employees in the hospital.

He eventually served as the Chief of the Legal Affairs Division of the National Commission on Muslim Filipinos (NCMF) Region XI-A from 2014 until his eventual appointment at the Bangsamoro Transition Authority. During his stint at NCMF, his legal team provided legal support for  Muslim detainees, assisted in high profile Muslim cases and conducted community legal education programs. He was also actively involved in the conduct of information drive on Organic Law to different stakeholders. Atty. Pacasem was also a consultant and legal researcher for the crafting of the Bangsamoro Organic Law in the Philippine Senate.

Immediately after the admission in the Philippine bar, Atty Pacasem became a Senior Lecturer at Notre Dame University College of Law and College of Business and Accountancy, a position he held for six years.

MP Pacasem acts as the Deputy Minister of the Ministry of Finance, and Budget and Management.