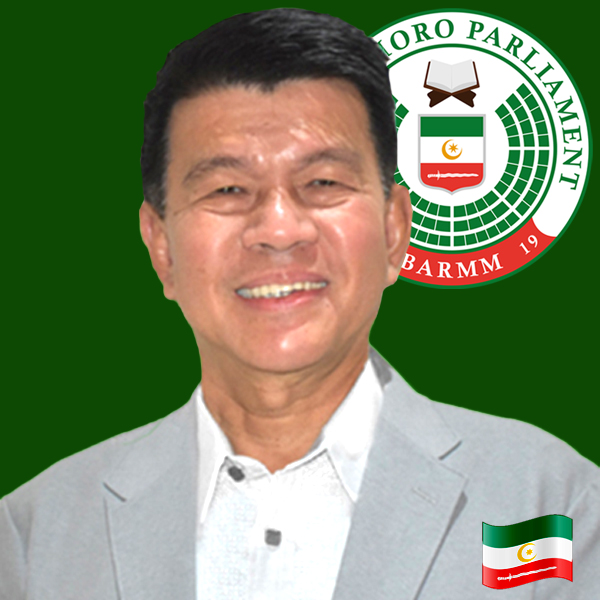 Biosketch of MP Nabil A. Tan

ATTY. NABIL ALFAD TAN is presently a member of the Bangsamoro Transition Authority (BTA) and concurrent Deputy Speaker of BTA- Parliament. A native Tausug from the Province of Sulu, born last April 2, 1955 and taking up his studies at Philippine Muslim College (for Elementary) ; Notre Dame of Jolo ( High School) ; University of the East, in Manila (taking up BA Political Science, Bachelor of Laws) and continue his Masters Degree in Pamantasan ng Lungsod ng Maynila (Masters in Government Management. He took and passed the Bar Examinations last March 1981.

Prior to his appointment as BTA Member, he was then, the Undersecretary of the Office of the President for almost eight (8) consecutive years. He was also the Undersecretary of the Office of Presidential Adviser on the Peace Process (OPAPP) and GPH Implemented Panel Chair last May 2006 up to 2019. He was also connected to previous defunct ARMM Government, wherein he was elected and completed his one term as Assemblyman in the 1st District of Sulu. Further, his aspirations to serve the Bangsamoro people, he was also elected as Vice-Governor in the ARMM Government.

He known to be a “veteran peace negotiator” during the GPH-MILF Peace Talks wherein the BOL or Bangsamoro Organic Law is the product of series peace agreements between the Philippine Government and various Moro fronts. Deputy Speaker believed that BOL would serve as the final trajectory for the attainment of lasting peace, stability and good governance in the entire Bangsamoro Autonomous Region in Muslim Mindanao.