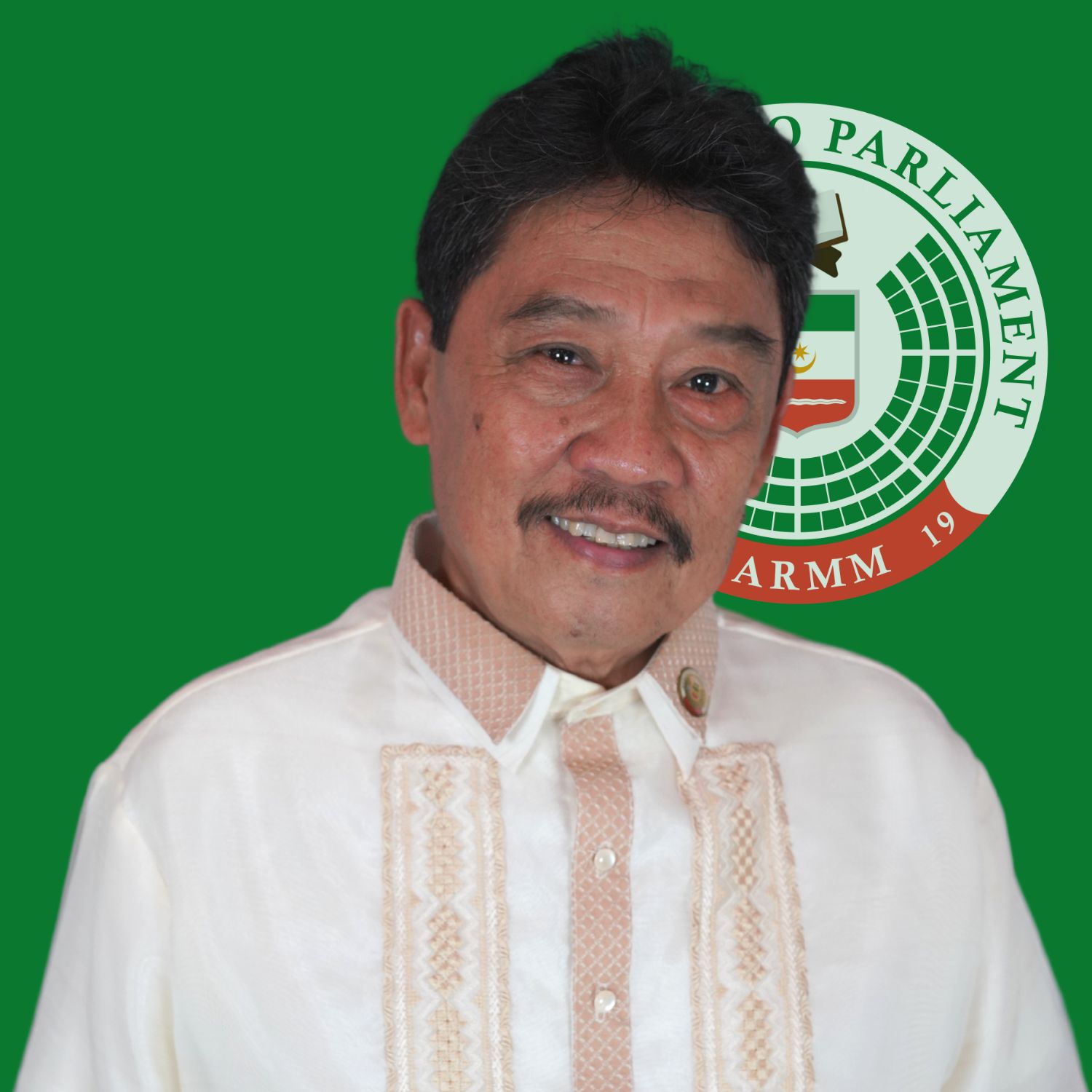 Member of the Parliament ALI MONTAHA DATUHARON BABAO, born on April 11, 1955, is a Muslim Meranao hailing from the Municipality of Bayang in Lanao del Sur. He is the son of
late Hadji Abdul Rahman I. Datu Haron and Bae a Labi sa Mulondo Hadja Aisah Babao.

He studied Bachelor of Science in Business Administration and majored in Banking and Finance in Unibersidad de Zamboanga in 1997. He then pursued further education by finishing his Master’s degree in Public Administration at Lake Lanao College, Inc. He also finished his secondary education at Jamiatul Philippine Al-Islamia in Marawi City and elementary education at Bayang Central Elementary School in Bayang, Lanao del Sur.

MP Babao, or MP Al, as you may call him, has served long as leader in various, non-government, and civic organizations. In his service for the government, he has worked as head to wit:

1. Senior Consultant of the Office of the Presidential Adviser on the Peace Process
(OPAPP) from 2019 to present;
2. Chairman of the Government MNLF Coordinating Committee (GMCC);
3. Member of the MNLF Technical Team, tasked to prepare the Bangsamoro Development
Framework in 2018;
4. Technical Staff of the Bangsamoro Transition Commission (BTC) in 2018;
5. Executive Director of the Puerto Princesa City Council for the BIMP-EAGA from 1996
to 2001 and from 2003 to 2004;
6. Terminal Manager of the Puerto Princesa Integrated Transport from 2003 to 2004;
7. Executive Assistant V of the Office of the City Mayor in Puerto Princesa City from 1998
to 2001;
8. Head of the City Urban Affairs Office Government in Puerto Princesa City from 1994 to
1998;

9. Member of the MNLF Delegation to all MNLF-OIC-GRP Peace Negotiations from 1993
to 2016;
10. Assemblyman of the SPCPD-Assembly from 1997 to 2001;
11. Deputy Floor Leader of the SPCPD-Consultative Assembly from 1998 to 2001;
12. Chairman of the Committee on Agriculture and Marine Resources from 1997 to 2001;
13. Chairman of the SPCPD-CA PEACE and Development Projects from 2000 to 2001;
14. Member of the SPCPD-CA Special Committee of ten members
drafting the CA House Rules in 1997;
15. Council Member of the Palawan Council for Sustainable Development from 1997 to
2001;
16. Chief Legislative Assistant of the Office of Councilor Gil Acosta in Puerto Princesa City
under the Office of Board Member Gil Acosta from 1992 to 1996;
17. Chairman of the Puerto Princesa Council against squatting syndicates and Professional
squatters from 1992 to 1998;
18. Head of the Presidential Commission for the Urban Poor Palawan Office from 1992 to
1998;
19. Credit Investigator/ Philippine Amanah Bank, Head Office/ Appraiser inspector in
Zamboanga City from 1974 to 1977; and
20. Sanitary Inspector of the Provincial Health Office Binidayan, Lanao del Sur in 1973 from
1974.
21. Chairman, GRP-MNLF Ceasefire Committee Palawan 1995

Not only MP Babao has extended service for the government but also for the private sector such as:
1. President/ Chairman of the Berjaya Halal Industries, Inc. in Marawi City up to present;
2. President of the Manila Muslim Chamber of the Commerce and Industry, Inc. in Quiapo,
Metro Manila from 2004 to present;
3. Member of the Board of the National Federation of Muslims Small and Medium Scale
Industries of the Philippines in Taguig City, Metro Manila from 2014 to present;
4. 4.Chairman of the Rizal Palawan Farmers and Fishers Cooperative in Rizal, Palawan
from 2014 to present; and
5. 5.CEO of the HERO International Trading Inc. (Japanese and Taiwanese Associates) in
Malate, Metro Manila from 1987 to 1990.