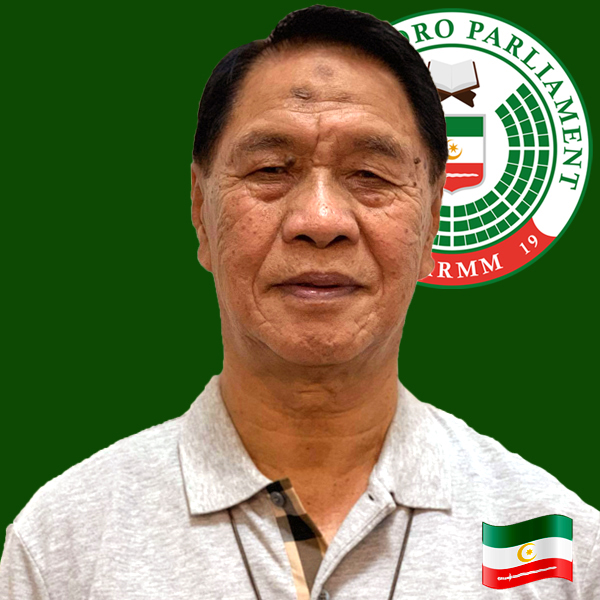 Musa K. S. Diamla was born kn July 20, 1950, 71 years of age, and now a member of the Parliament of the Bangsamoro Transition Authority (BTA) inthe Bangsamoro Autonomous Region in Muslim Mindanao (BARMM). He believes that the Almighty Allah decides in everything in this world and the hereafter, as Allah alone knows what will happen in this dunya and the afterlife.

MP Diamla is a son of a farmer. During his childhood, he helped his father and elder brothers in tilling the soil for this is their means of livelihood. When he graduated from elementary, he received merit cards and awarded with high honors, and with the will of Allah, Dansalan Junior College in Marawi City, a school near their vicinity, known to be owned by an American, gfanted him a full scholarship. By that time, he was expelled from the said institution for he possess an anti-American attitude on colonization. He then transferred to Kamilol Islamic College now known as Jamiatul Philippine Al- Islamia wherre he graduated from his secondary education in year 1965. Due to some unforeseen circumstances, he had to stop studying, but in 1967, he passed the Commission on National Integration (CNI) and lter on, continued his studies at Manuel L. Quezon University at Manila.

In 1971, he obtained his diploma in Bachelor of Science in Commerce (BSC) major in Accounting and a diploma o Associate in Commercial Science major in  Banking and Finance while taking the board exam review for a certified Public Accountant, he was also taking his class on Master of Science in Taxation in the same school. (MLQU)

MP Musa K. S. Diamla is from the form to the BARMM when appointed by his excellency President Rodrigo Roa Duterte aa member of the Parliament of Bangsamor Transition Authority – Bangsamoro Autonomous Region in Muslim Mindanao.