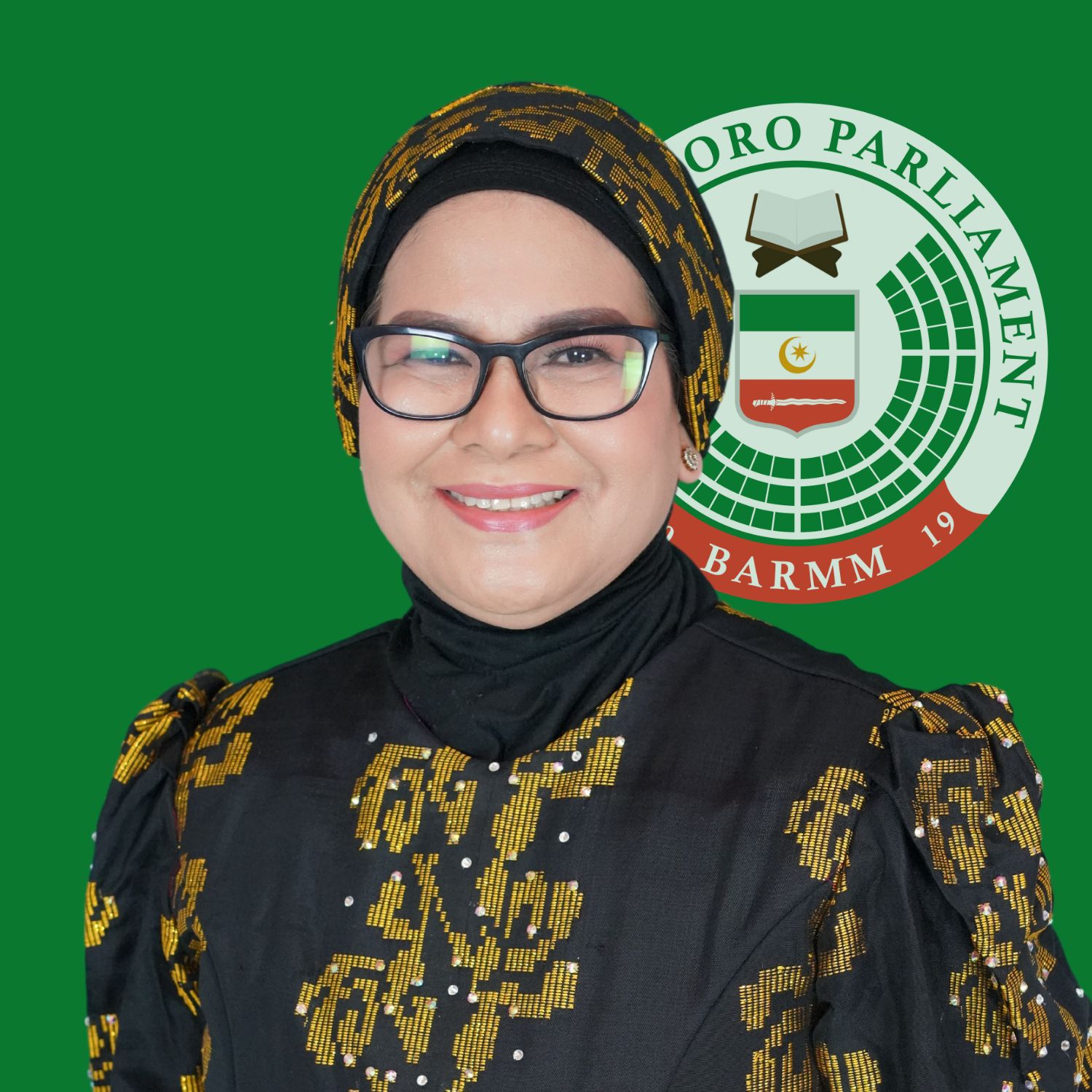 Engr. Baintan Adil-Ampatuan, MNSA has been a legislator for three (3) years and a development planner for 27 years.

She earned her degree in Bachelor of Science in Civil Engineering (BSCE) from the Notre Dame University in 1991 and was one of the beneficiaries of the National Integration and Study Grant Program (NISGP) during her undergraduate years. She became a licensed Civil Engineer and a Career Service Professional right after obtaining her undergraduate degree in 1991. She also obtained her Master in Professional Studies – Development Management, major in Public Affairs Management from the USM Kabacan Extension School in 1994. In 2004, she obtained her third-level eligibility in the Civil Service as a Career Service Executive Eligible (CSEE). Apart from these and just recently in 2021, she finished her Executive Master in National Security Administration (E-MNSA) from the National Defense College of the Philippines (NDCP), where she obtained a Silver Award for her Meritorious Thesis entitled “Pursuing the Peace: Challenges in the Capacity of the Bangsamoro Transition Authority Interim Government During the Shift of Government System”, and a Bronze Award for Academic Excellence. More than these, as an offshoot of graduating with an E-MNSA Degree from the NDCP, she also became a commissioned reserve officer of the Philippine Army, with the rank of Lieutenant Colonel.

She has an in-depth grasp of autonomous government bureaucracy, having rose from the ranks from a Development Management Officer to Executive Director of the Autonomous Region in Muslim Mindanao (ARMM) government’s planning agency, the Regional Planning and Development Office (RPDO). She gained robust experience in planning, investment programming, budgeting, project implementation, and monitoring and evaluation of programs and projects. She left a footprint in the defunct ARMM by leading the crafting of various regional plans and the ARMM Transition Report.

Currently, she stands as one (1) of the 80 presidential appointees of the Bangsamoro Transition Authority (BTA) Parliament. After the organization of the BTA Parliament, she became part of the seven (7)-member minority bloc, where she also serves as the deputy minority leader.

She is also the vice-chair of three (3) strategic committees, namely the Committee on Finance, Budget, and Management, Committee on Human Settlement and Development, and the Committee on Good Government, Accountability of Public Officers, and Investigation or the Blue-Ribbon Committee. Moreover, she is a member of nine (9) committees of the Parliament, namely, the Committees on 1) Rules; 2) Accounts; 3) Health; 4) Education; 5) Trade, Investment and Industry; 6) Environment, Natural Resources and Energy; 7) Public Works; 8) Transportation and Communication; and 9) Special Committee on Marawi.

To date, she is a co-chairperson on the Government of the Philippines (GPH)’s side of the Joint Task Force on Camps Transformation (JTFCT) of the Office of the Presidential Adviser on Peace, Reconciliation, and Unity (OPAPRU). The JTFCT is one of the peace mechanisms under the socio-economic cluster of the Inter-Cabinet Cluster Mechanism on Normalization (ICCMN).

She is also a multi-awarded public servant, with awards such as the Civil Service Commission-ARMM 2014 Regional Outstanding Lady Executive (ROLE) Awardee. She has also undergone several trainings locally and abroad, ranging from leadership programs in the United States of America (USA) and Japan, to exchange and learning visits to Timor Leste and Scotland, with the most recent training being the International Training Program 3 (ITP3) on Disaster Risk Reduction and Management, sponsored by the Swedish Civil Contingencies Agency (MSB) of the Swedish Government.