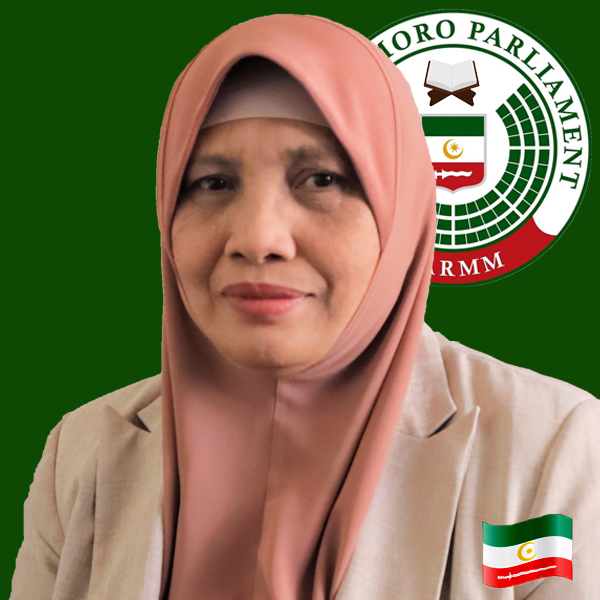 With over three decades of being a public servant, MP Engr. Aida Macalimpas Silongan offers a unique blend of vision, leadership, knowledge, and faith, Engr. Silongan became one of the few Bangsamoro women who has taken a seat in the Bangsamoro Parliament. She is also the current Minister of the Ministry of Science and Technology in the Bangsamoro Region.

”Ate Aids”as what her colleagues fondly call her, started her humble beginnings at the province of Matalam, North Cotabato. She persevered to become a successful civil engineer, striving her way in college through academic scholarship.

After then, she became the Program Management Officer for Community Development for Conflict-Affected Areas in Mindanao (CD-CAAM) in partnership with Japan International Cooperation Agency (JICA) that provided livelihood programs to Bangsamoro communities thorugh organic farming, livelihood sustainability, and infrastracture. Those projects implemented become the roads in bridging and promoting peace and development in the Bangsamoro.

Shortly after the projects were done, she and her women colleagues decided to create their own NGO and became the CEO of Al-Amanah Humanitarian Development Services Inc., an NGO that catered to the vulnerable sector in the Bangsamoro, mostly women and children. It is also a pioneering organization in the advocacy of the Bangsamoro Basic Law (BBL). Pushing the then BBl (now BOL), she became the lead convenor of the Women’s Organization Movement of Bangsamoro (WOMB) federation of 30 women organizations in different  geographic locations in Mindanao.