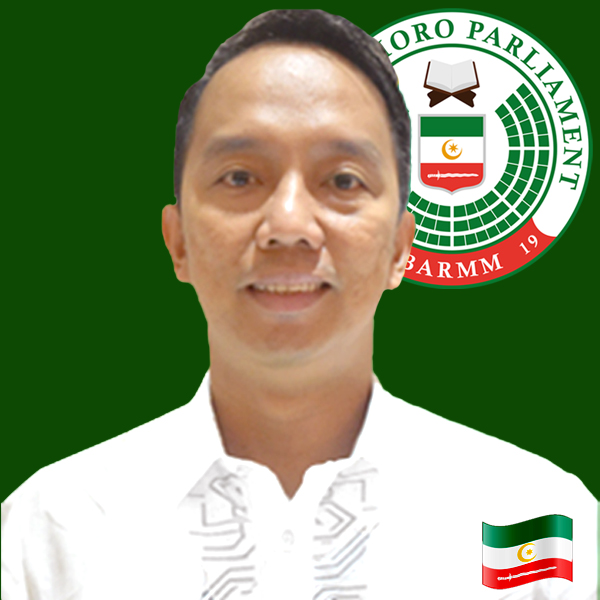 Born in Cotabato City on October 22, 1975, Mussolini Sinsuat Lidasan is the youngest of eight (8) siblings. Since 2019, he has been serving the Bangsamoro People as Member of Parliament of the Bangsamoro Transition Authority (BTA), of which he is an active member of five (5) committees which are the Committee on Finance, Budget and Management; Committee on Amendments, Revision, and Codification of Laws; Committee on Labor and Employment; Committee on Basic, Higher and Technical Education; and the Committee on Trade, Investments, and Tourism. In addition, he has also been serving as the Executive Director of the Al Qalam Institute (AQI) for Islamic Identities and Dialogue in Southeast Asia of the Ateneo de Davao University since 2011.

MP Lidasan began earning his degree in the Bachelor of Laws (LLB) at the Ateneo de Davao College of Law in 2003 and graduated from the Cor Jesu College of Law in 2010. MP Lidasan became a fellow at the Konrad Adenauer School for Young Politicians (KASYP) from 2009-2012 and was also considered a fellow at King Abdullah bin Abdulaziz International Centre for Interreligious and Intercultural Dialogue (KAICIID) from 2016-2017. He became part of the International Visitors Leadership Programme of the United States (US) State Department which focuses on Preventing and Countering Violent Extremism (P/CVE) from 2015-2017. He is currently in the process of obtaining his MA in Anthropology at the Ateneo Institute of Anthropology, Ateneo de Davao University.

MP Lidasan also has twenty (20) years of experience as a facilitator in intra-faith and inter-faith dialogue for peace building in Mindanao. He was part of the United Nations (UN) Volunteer as a Community Development Specialist under the UN Multi-Donor Programme from 1998-2003, in which he organized peace and development advocates now called the Kadtangba Foundation (composed of former Moro National Liberation Front combatants who were trained by United Nations Development Programme to be community organizers and peace volunteers). In the year 2011, he was a Program Officer of the Assisi Development Foundation that assisted the Local Government Unit of Kauswagan in drawing a road map for peace and development which was called “Sustainable Integrated Kauswagan Development and Peace Agenda” or SIKAD-PA, a local term meaning ‘to strive more’.

MP Lidasan also became the founder and the Executive Director of AQI. He greatly facilitated in building relationships between the Ateneo de Davao University with the Muslim communities in Southern Mindanao. He was also designated as an Independent Director of the Al-Amanah Islamic Investment Bank of the Philippines.

Aside from performing his legislative duties as a parliamentary member who has been a principal author or co-author of numerous bills and resolutions, MP Lidasan has also been helping the Bangsamoro Government deliver services to the Bangsamoro people through his BTA office. With an impeccable background in peace-building and the garnered trust of various sectors, MP Lidasan has been successful in bridging humanitarian projects from Civil Service Societies (CSO), such as the Al Qalam Institute, and other foreign government offices and agencies to the people in the Bangsamoro Autonomous Region in Muslim Mindanao (BARMM), while primarily serving as a legislator.