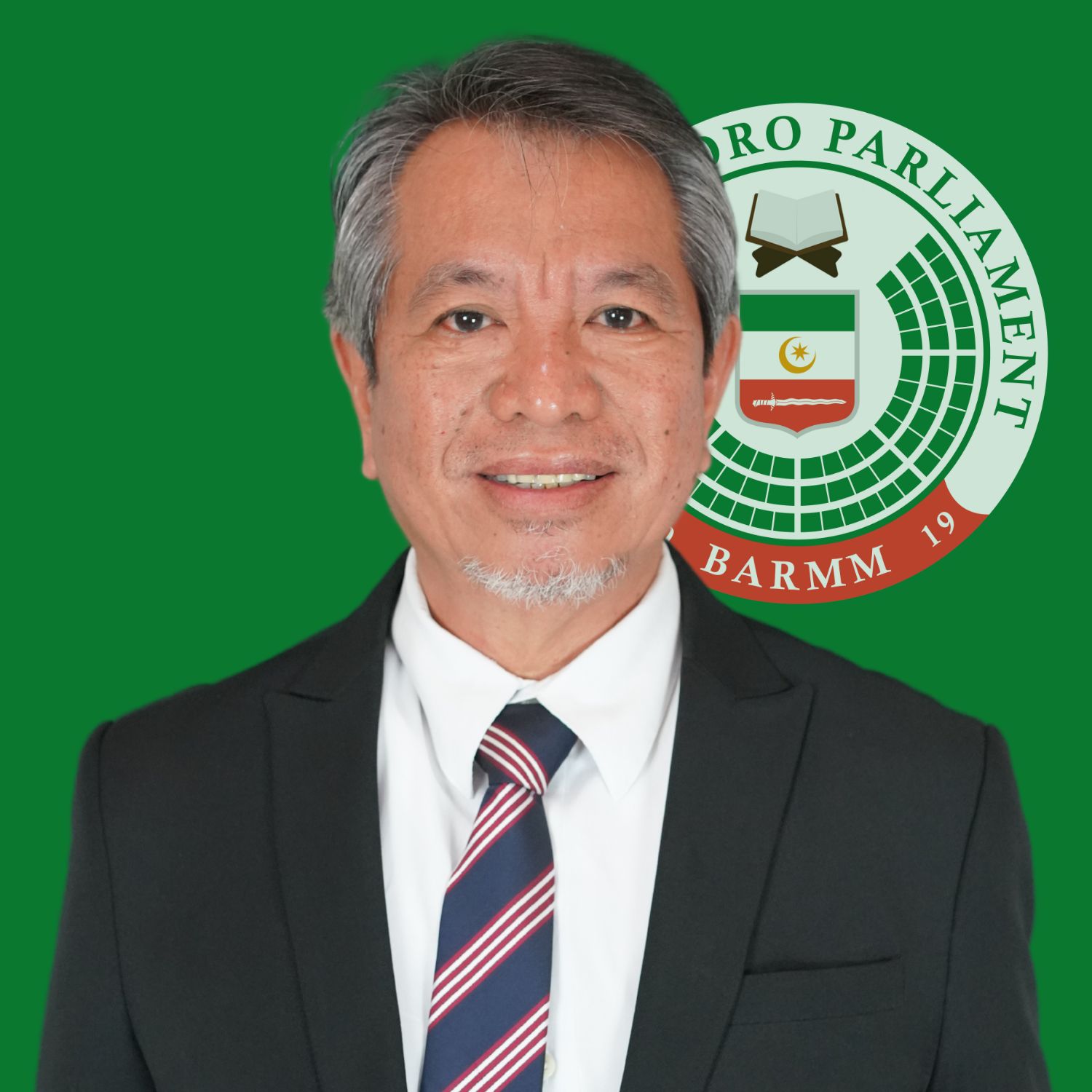 Atty. Randolph C. Parcasio finished his Bachelor’s Degree in English at Ateneo de Davao University in 1977 and Bachelor of Law at the same university in 1981. His engagements in various peace processes between the Government of the Philippines and the Moro National Liberation Front (MNLF) have highly contributed to the current peace situation of the country, especially in the Bangsamoro Region.

Over the course of his career, Atty. Parcasio served in various offices and positions, such as Executive Secretary of the Regional Government of the defunct Autonomous Region in Muslim Mindanao (ARMM) under the leadership of its former Regional Governor and the Founding Chairman of the MNLF, Professor Nur P. Misuari (1996-2001); Administrator of the Southern Philippines Development Authority (SPDA) in 2001; Peace Adviser of the defunct ARMM under the stewardship of then Regional Governor Mujiv Hataman in 2016; and in 2017, he was also among the twenty-one (21) members appointed by former President, President Rodrigo Roa Duterte to review the 1987 Philippine Constitution which resulted to the crafting of the “Bayanihan Constitution” under the chairmanship of former Supreme Court Chief Justice Reynato Puno.

During the Tripartite Review between the GPH and the MNLF, Atty. Parcasio was the official representative of MNLF to the 5th and the Final Tripartite Review Meeting at the ministerial-level held in the Kingdom of Saudi Arabia in January 2016 with the objective to define a roadmap toward the completion of the Review Process and identify ways and means of coordination and collaboration for the implementation of the remaining commitments of the Philippine Government relative to the provisions of the 1996 Final Peace Agreements.

His work relating to the environment and natural resources includes the drafting of the Responsible Mining Act for ARMM as a consultant on Mines and Minerals, Natural Resources and Environment. Moreover, his work on Public Policy involves the drafting of the ARMM Administrative Code which was implemented by the defunct ARMM Regional Government.

He has extensive experience working with civil society organizations and government agencies, coordinating, supervising, and directing the implementation of projects and enforcement of organizational policies.