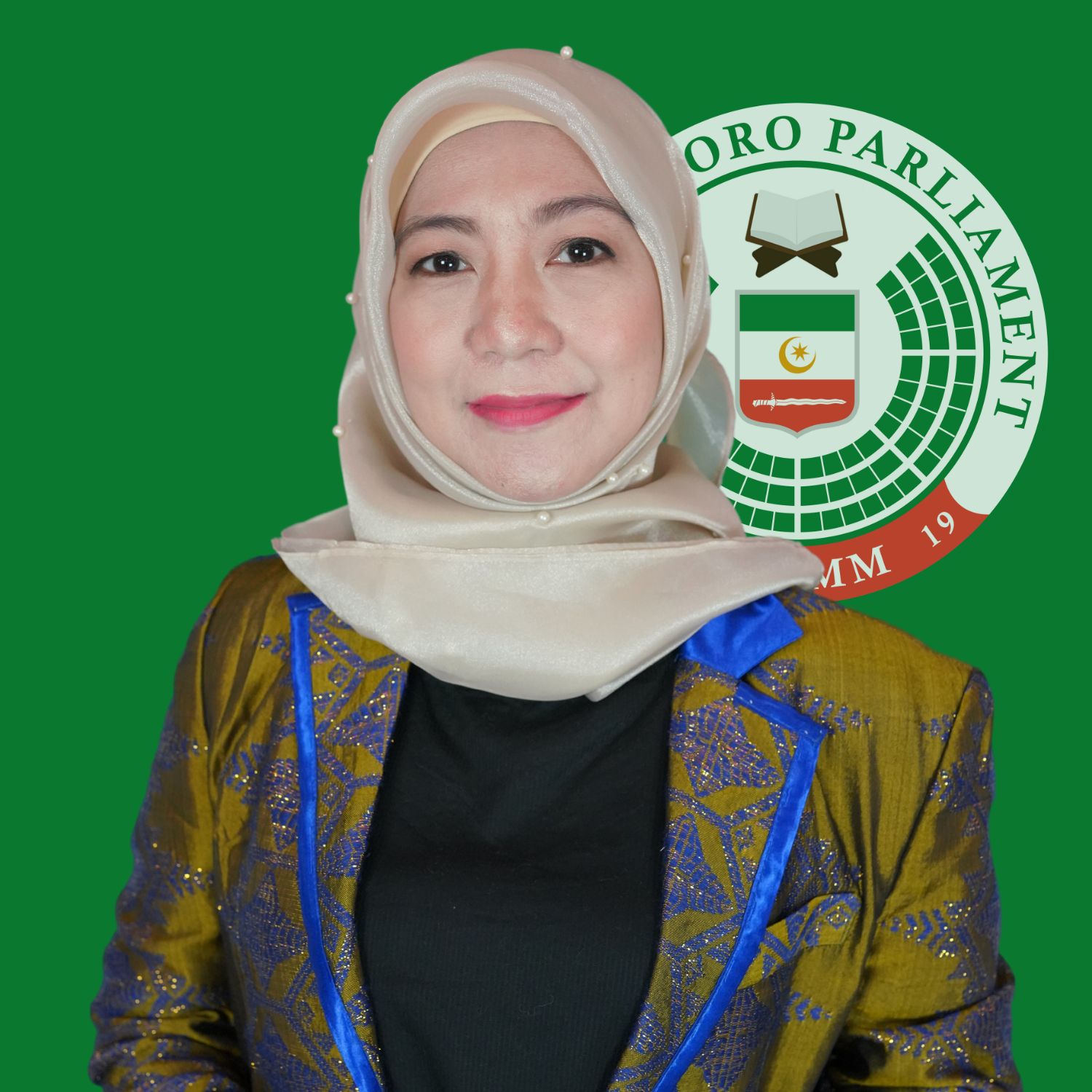 Diamila Disimban-Ramos also known as “Jam” is a member of Bangsamoro Transition Authority Parliament duly appointed by President Rodrigo Roa Duterte on August 13, 2019 in the Bangsamoro Autonomous Region in Muslim Mindanao. Jam is a reader and a fervid writer, she is a Muslim, a mother, and above all, a public servant. Her father is from Taraka and Tamparan, Lanao del Sur while her mother hails from Kabuntalan, Maguindanao, and Pikit, Cotabato. Continuing her family’s lineage, Jam was enthroned as Bae a Labi a Gaus in Bubong a Masiu in Taraka, Lanao del Sur on Novemeber 2011. She is happily married to Acmad Macarambon Ramos and is blessed with 5 smart and loving kids.

Jam graduated from Lyceum of the Philippines with a degree of Bachelor of Science in Foreign Service, Major in Diplomacy. She is an experienced public servant, having spent more that ten years in the government service with an untainted public service record. She became a part of the APEC Substantive Group of Department of Foreign Affairs during the Philippines hosting of the first APEC Economic Leaders Summit in 1995, National Youth Commission in 1996 to 1999, Cooperative Development Authority-National in 2011-2016, and was later detailed to ARMM where she was designated as ARMM Focal Person on Agribusiness and Marketing Assistance Division (AMAD) and concurrent Chief of Staff under the Office of Regional Assistant Secretary, Department of Agriculture and Fisheries (DAF-ARMM).

As a BTA Member, she is guided with three (3) policy and legislative agenda –“Sustained Peace”, “Effective Governance”, and “Empowered Constituencies”. Her initiatives highly values empowerment, opportunities, services, and benefits that are inclusive, reflective, comprehensive and responsive to the clamor of most vulnerable members of the Bangsamoro society especially the underserved women, children, elderly, orphans, widows, solo parents, Mujahidats, persons iwth disabilities (PWD), internally displaced persons (IDPs) and other marginalized Bangsamoro constituents within and outside BARMM.

According to Jam, her Jihad is to become part of the collective voice of the Bangsamoro in legislating policies and laws that will uphold our right to self-determination and promote the welfare and development of our people, because to her, “Service to the Bangsamoro People is service to Almighty Allah SWT.”