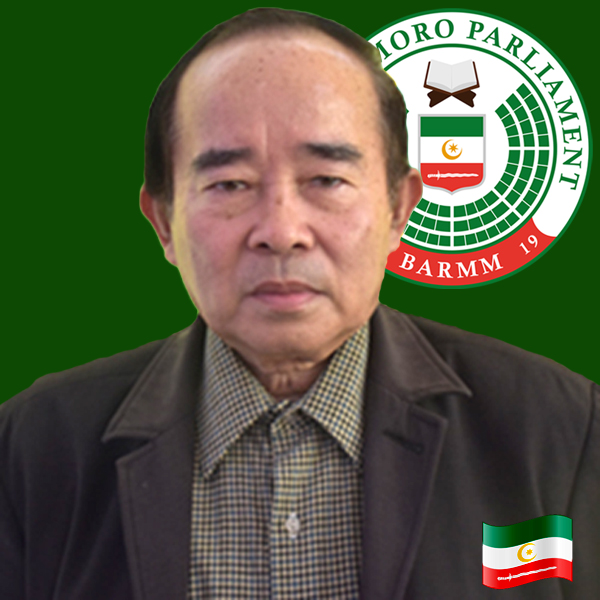 Biosketch of MP Melanio U. Ulama

Melanio Umbit Ulama is 66 years of age, married, and a resident of Brgy. Darugao, Upi, Maguindanao. He was born in Kabinge, Datu Piang, Maguindanao to Diwan Mamintal Ulama and Lucia Matimo Umbit. He finished  Bachelor of Science in Agronomy in 1982 at Upi Agricultural School in Upi, Maguindanao. He pursued his Master’s Degree in Public Administration at Notre Dame University, Cotabato City. He is married to Elsie Capillo Grajido, an Ilongga and a public school teacher, with whom he has two daughters who are both registered nurses.

Just like his wife, he started his career as an educator. He started as regular teacher at Notre Dame of Kabug-Kabog, Upi, Maguindanao in 1980 and later became Head Teacher of the same school. Being one of the few professional indigenous persons during his time, he explored working in the government. He started his public service as Project Officer at Office of Muslim Affairs and Cultural Communities (OMACC), an office created by former President Marcos to assist both Muslim and non-Muslim minorities. In 1922, he transferred to Office  of Southern Cultural Communities-ARMM, an office in ARMM that protects and promotes the interest and well-being of indigenous cultural communities. In 2013, his being an IP leader and peace advocate opened a greater opportunity and challenge in his career. He was appointed as one of the Commissioners in the Bangsamoro Transition Commission by the President, with the endorsement of MILF. He was a two-time Member of the Bangsamoro Transition Commission, the office that drafted th Bangsamoro Organic Law.

He was also a peace advocate and an active humanitarian worker. He held significant positions in different peace and humanitarian organizations in Mindanao. He was a Chairman of the Board of the Mindanao Peoples Caucus, a peace organization which consist of IP, Bangsamoro, and Christian communities in Mindanao. He was also a former Chairman of the Organization of Teduray and Lambangian Conference (OTLAC) and Mindanao Action for Peace and Development (MAPAD), and a fromer Vice-Chairman of the Kadtuntaya Foundation, Inc.

Currently, he is part of the Bangsamoro Transition Authority Parliament, the interim legislature of the Bangsamoro Autonomous Region and appointed as the first Minister of the Ministry of Indigenous Peoples’Affairs by Interim Bangsamoro Chief Minister Hadji Murad Ebrahim.