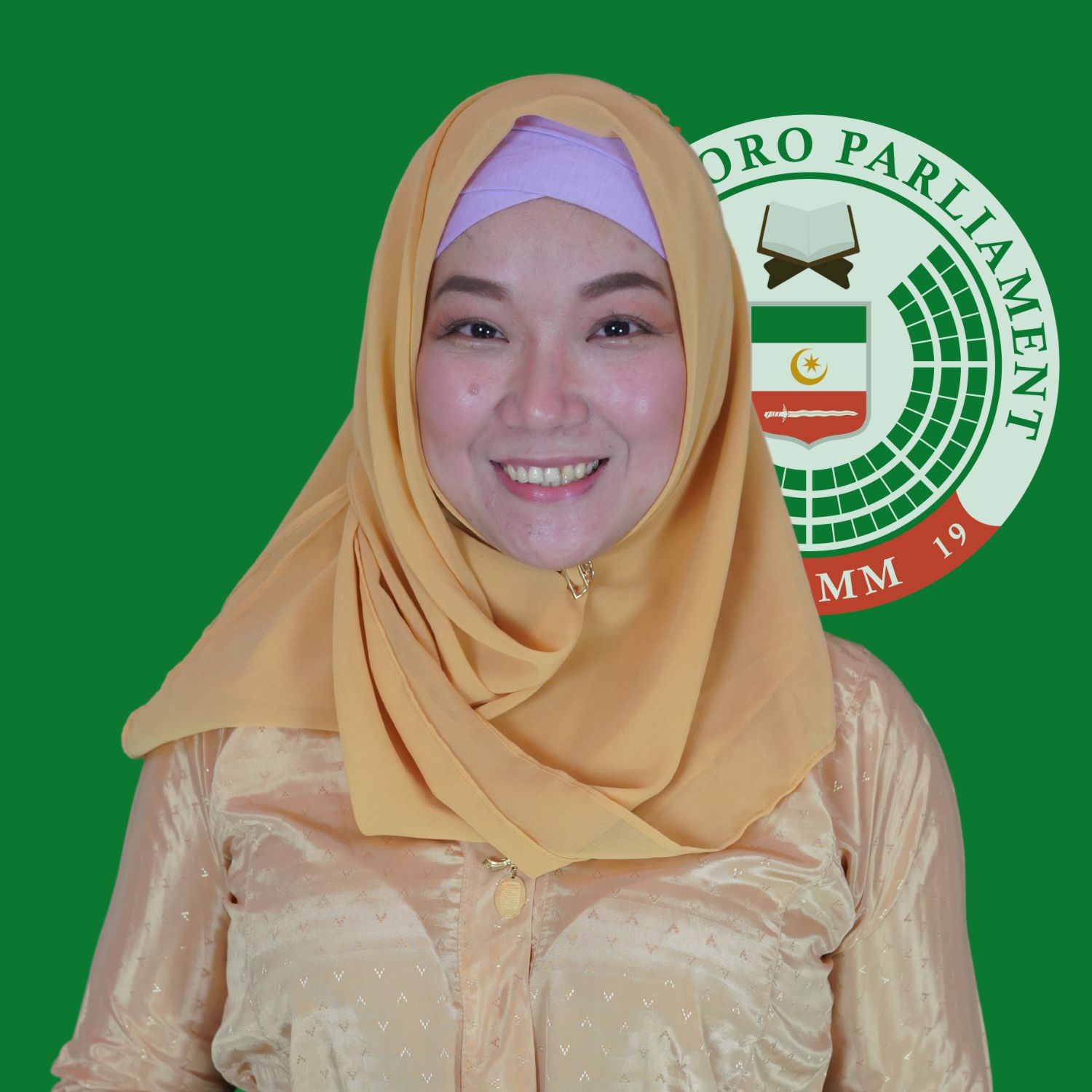 Member of the Parliament Atty. Sittie Fahanie Sindatok Uy-Oyod, MBA is a true Maguindanaoan. She was born and raised in Datu Piang, Maguindanao. She is a descendant of Tan Pi Ang, also known as Datu Piang, whose namesake the municipality was taken from.

As a brief background into her education and career, MP Atty. Uy-Oyod graduated from the Ateneo de Davao University (AdDU) with a bachelor’s degree in Management Accounting. She then proceeded into taking her master’s degree in Business Administration from the same university. In pursuit of further knowledge and education, she took up and eventually attained a bachelor’s degree in law from AdDU. She passed the 2015 Bar Examinations and was admitted to the practice of law in June 2016.

During her university days, MP Atty. Uy-Oyod was an active member of the Ateneo Law Student-Advocates for Bangsamoro Rights (AL-SABAR), Ateneo Muslim Youth Organization (AMYO), and Lakas Atenista (LA). When she became a lawyer, she joined the Davao Lady Lawyers Association (DALLAS).

MP Atty. Uy-Oyod started her career in the public service by serving as a Barangay Chairwoman in Datu Piang, Maguindanao from December 2008 up to November 2013. When she became a lawyer, she worked as a Case Decongestion Officer at a Regional Trial Court in Davao City, under the Office of the Court Administrator of the Supreme Court of the Philippines. She then worked for the Public Attorney’s Office (PAO) Region XI from June 2017 up until March 2022. Now, she is currently serving as a Member of the Parliament for the Bangsamoro Transition Authority (BTA) Parliament.

MP Atty. Uy-Oyod’s vision as a Member of the Parliament is to have a progressive, inclusive, responsive, and unified Bangsamoro. It is her mission to enact laws and establish programs to address the socio-economic, and political needs of the Bangsamoro Autonomous Region in Muslim Mindanao and its people. Her goal is to deliver a developed and strengthened government that works for, and serves the people.