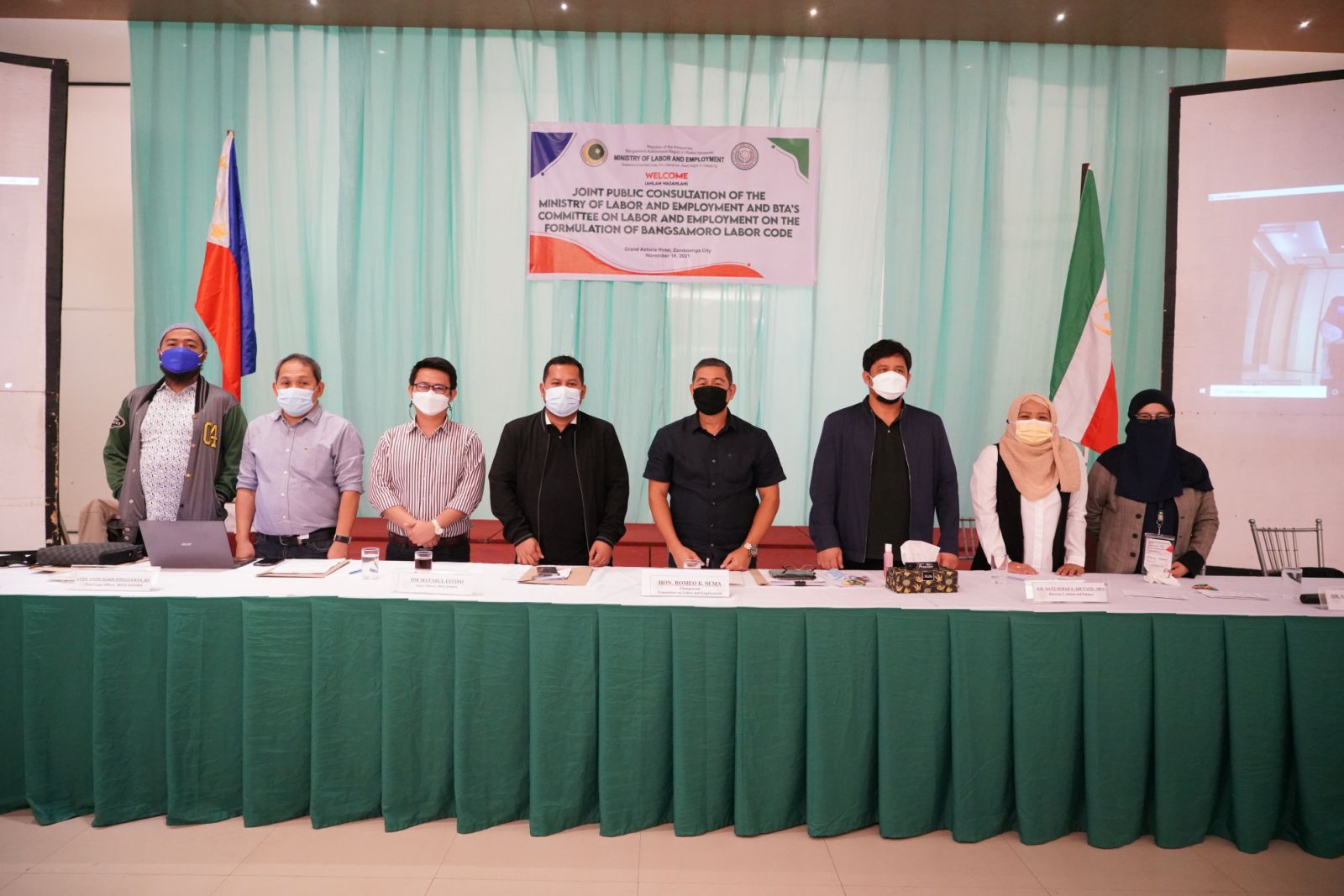 The COLE’s chair, MP Romeo Sema, said that the committee’s goal is to develop a proposed measure —the Bangsamoro Labor Code —that will “protect the rights of the labor force and management where the culture, customs, and traditions of the Bangsamoro people are integrated.”

“The proposed Code is consistent with the Philippine Labor Code and anchored to the Bangsamoro Organic Law,” MP Sema added.

The second leg of the consultation, he noted, intends to gather feedback, insights, position papers, and concerns from various stakeholders and sectors.

“This consultation is a manifestation of that milestone—a part of the moral governance and commitment to serve the people of the region,” he said, emphasizing the importance of including the public’s input in the final version of the code.

The Committee also intends to institutionalize a labor code that will set labor standards and reasonable working conditions for employees working in the region.

Employment conditions, migration, and occupational health and safety were among the concerns raised by the stakeholders.

MP Sema encouraged the participants to submit their position papers before November 23.

“I appeal to everyone to actively contribute to the formulation of the Bangsamoro Labor Code as this will be of great help to our workers – our workforces are important to our economy,” Deputy Speaker Hatimil Hassan said.

The first consultation was held in Lanao del Sur on November 11, while the consultations for Maguindanao, BARMM Special Geographic areas, and Cotabato City are scheduled on November 22.