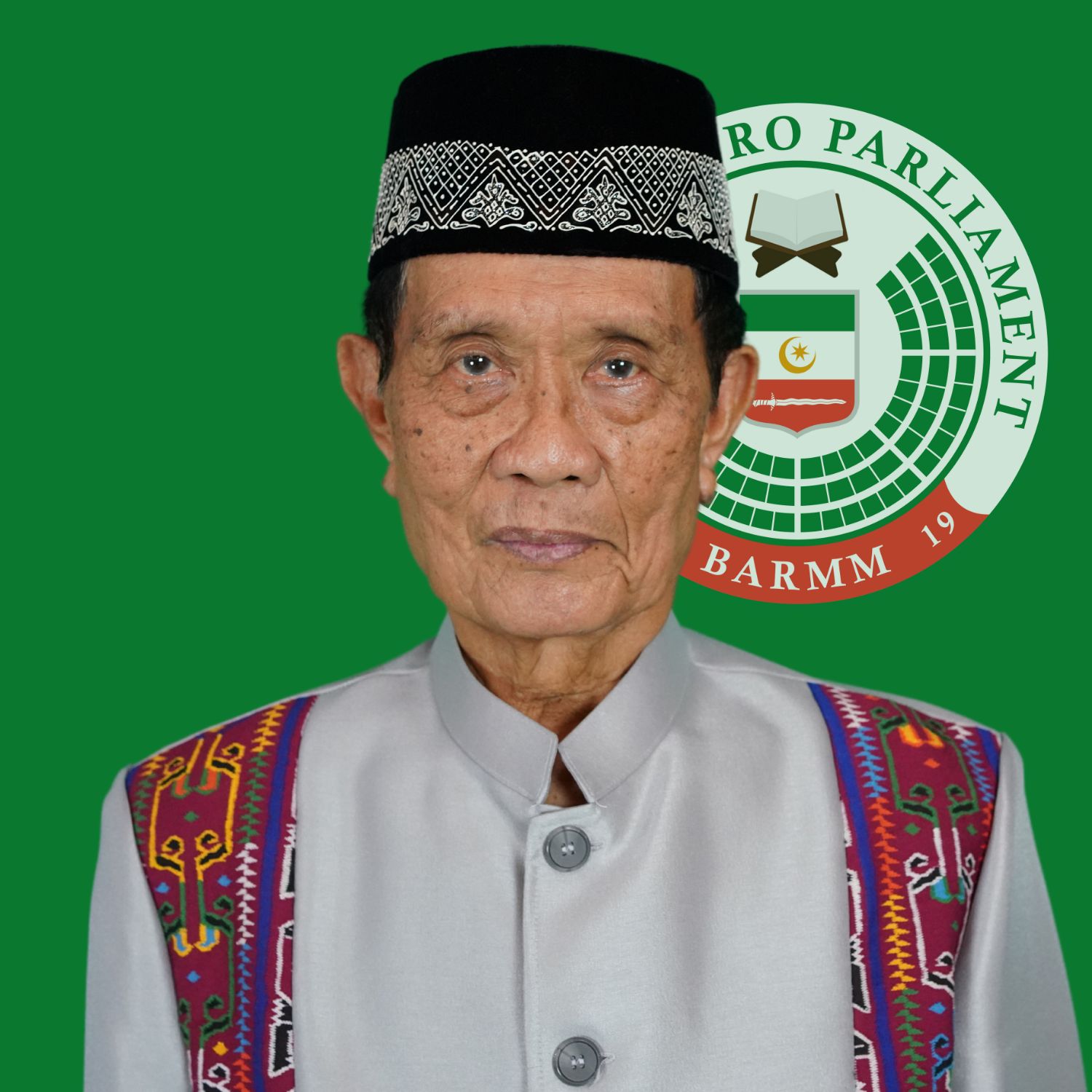 He completed his primary education at the Malabang Central Elementary School in 1954 and finished his secondary education at the Our Lady of Peace High School in 1958. Thereafter, he earned a degree in Political Science at the Manuel L. Quezon University in 1962 and obtained Bachelor of Laws degree in 1966 at the same university. He passed the Philippine Bar Examinations in the following year. Moreover, he earned Masteral degreee units in Public Administration at Mindanao State University.

He is a member of Mu Kappa Phi Exclusive Law Fraternity.

Balindong was elected as delegate to the Philippine Constitutional Convention representing the Lone District of Lanao del Sur in 1971.

He was a member of the Consultative Legal Panel of the Moro National Liberation Front during the RP-MNLF Peace Talks at Tripoli, Libya from February 4-March 3, 1977. He was the delegate to the World Assembly of the World Muslim Congress in Karachi, Pakistan March 30 to April 2, 1988.

He became a delegate to the 1973 International Youth Conference in Tripoli, Libya on subjects of Palestine, Southern Philippines, and Southern Thailand.

On his political career, Balindong started as Assemblyman in the Regional Legislative Assembly (RLA) of Autonomous Region in Muslim Mindanao (ARMM), Cotabato City in 1993-1995. He was elected to a congressional seat in the second district of Lanao del Sur in the 10th Philippine Congress succeeding Sultan Mohammad Ali Dimapono.

During his stint in the RLA, he chaired various committees such as the Committee on Education, Culture and Sports; Committee on Public Order and Security; and Committees on Agriculture and Food.

He also served various prominent roles in RLA such as majority floor leader and speaker. He was a member of the Regional Executive Development Council and Regional Peace and Order Council, ARMM.

Balindong also served in Congress as former Deputy Speaker at the Philippine House of the Representatives.

For most of his political life, he worked primarily on age-old quest for self-determination of the Filipino-Muslims in Mindanao. In his commitment to just and lasting peace, he introduced and authored the Bangsamoro Basic Law (BBL) which was later renamed as Bangsamoro Organic Law (BOL) during the 16th Congress.

Another vital legislative initiative that Balindong sponsored is the National Commission on Filipino Act of 2009 (RA 9997) which created the National Commission on Muslim Filipinos mandated to preserve and and develop the culture, tradition and well-being of  Muslim Filipinos in conformity with the country’s laws and in consonance with unity and development.

Balindong also initiated the House Bill No. 4832 which has been enacted into law as R.A. 10908 also known as “Integrated History Act of 2016”which mandates the integration of Filipino-Muslim and indigenous Peoples history, culture and studies in Philippine history. He also lobbied for the House Bill No. 1447, which prohibits the use of the words “Muslims” or “Christians” in mass media to describe any person suspected of or convicted for committing criminal or unlawful actions. He argued if the media puts labels on suspects and convicted criminals regarding their nationality, ethnicity, and religious affiliation it fosters negative bias to people who shares their affiliation, affecting the collective image of such groups.

In 2018, he was appointed as member of the Consultative Committee to Review the 1987 Philippine Constitution (ConCom 2018) by President Rodrigo R. Duterte.

Currently, Balindong is the Speaker of the Parliament in Bagsamoro Autonomous Region in Muslim Mindanao.

In his sponsorship speech for the BBL in the House of the Representative in 2015, Balindong shared his vision for the Bangsamoro People where “all fathers, in full dignity, can provide for their families, all mothers can sing lullabies to their babies not amidst gunshots but amidst the peace and serenity of nature, and children can live their childhood as childhood should be lived – in gleeful play, in earnest study, and in the nurturing embrace of family and community.”

It is Balindong’s dream to have a developed and proud Bangsamoro. He said “I dream of an enlightened Philippines. I dream of an enlightened government, national, regional and local governments working together, not one second guessing and imposing on the other. We are now at the troughs of making this dream a reality. Together I am confident we shall get through it, proud and triumphant.”

Balindong was also member of the Board of Regents of the Cotabato City State Polytechnic College, Cotabato City, and Mindanao State University. He was Vice-President for Academic Affairs, Jamiatul Phlippine al Islamia, as well as Vice-Chairman of the Board of Trustees in the same institutions.