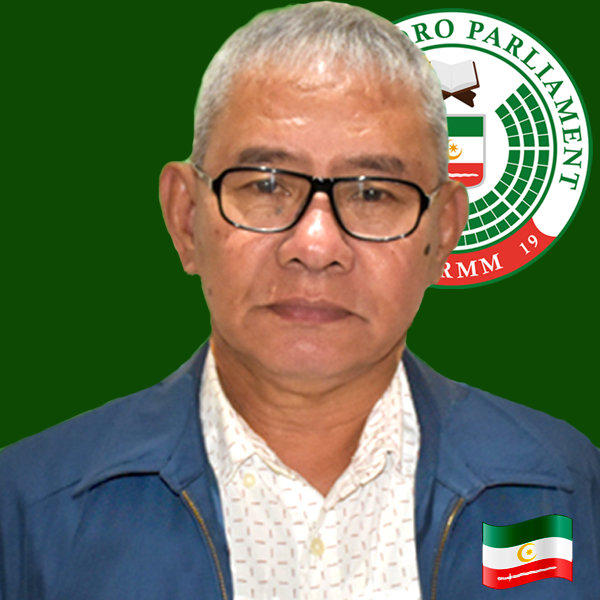 In the past decades, Honorable Member of the Parliament Hussein Palma Muñoz was part of the struggle and a dedicated honored member of the Moro National Liberation Front (MNLF) group. Specifically o  year 1973 to year 1981, he was one of the Political Cadre and at the same time Intelligence and Security Officer of the said group, had maintained cordial relations to the fellow brotherhood as well as nourished and picked closest confidants during their challenging times. He is one of the trainees under the “Batch D90” of year 1969 and “Batch 300” of year 1972.

He was born on March 23, 1953 in Lupon, Davao Oriental, Mindanao, Philippines. One of  the richest agricultural lands in Davao Region is gratefully united by the muslims and non-muslim communities. He graduated “valedictorian” in his secondary level in Lupon Junior College (LJC) and had given a scholarship opportunity to enroll in University of Mindanao (UM) Main Campus. He took Bachelor of Arts with a Major in History and Political Science in year 1970-1972.

After schooling, he met his adoring wife during the bloody war, Miss Ailyn Catuyo, one of the first aiders of their group. His attachment to his wife was first developed in seeing such a woman with bravery Nd pride for the fellow Bangsamoro. She is also a “kaagan” nayive of Barangay Madaum, Tagum City, Davao del Norte.

The happiest moment in his life today is the realization of our dreams as Bangsamoro people, the focused aspirations of the Bangsamoro people as we already have the autonomous government today. “So now we are here after our difficult struggle for more or less five (5) decades, we are still here serving our people with our dedicated capacity and we hope to continue serging our people in the name of Islam, “habang may buhay”, until our last breath and last drop of our blood, In Shaa Allah, Allahumma Ameen.” He said.